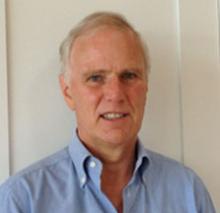 Human rights advocate and United Nations official Philip Alston will accept the 2016 Adlai Stevenson Award for career of service to the global community, on Thursday December 8th from 4:30 to 5:30 PM in Robertson Hall Bowl 016 at Princeton’s Woodrow Wilson School of International and Public Affairs. The Princeton-Trenton Area chapter of the United Nations Association of the USA (UNA-USA) will present the award, in honor of former UN Ambassador and Princeton alumnus Adlai Stevenson ’22. Professor Alston will deliver an acceptance address, on "The Struggle For Human Rights Accountability," with Q&A on his work on international human rights and reducing extreme poverty, and his work on curbing worldwide extrajudicial executions. Princeton’s Program in Law and Public Affairs is co-sponsoring the event, which is free and open to the public.

As UN Special Rapporteur on Extreme Poverty and Human Rights, Alston has conducted missions to assess extreme poverty in nations including China, Mauritania, Romania and Chile. Professor Alston released reports this year urging UN accountability for the cholera outbreak in Haiti, and for the World Bank to maintain a human rights policy to guide its work. When the city of Detroit turned off water to homes too poor to pay their water bills, Alston pressed the city to reverse its position. He has served as UN Special Rapporteur on Extrajudicial, Summary, or Arbitrary Executions. A long-standing proponent of children’s rights, he has advised UNICEF during and since the drafting of the UN Convention on the Rights of the Child, and has published on this topic. In addition to his advocacy, Professor Alston, a native of Australia, teaches human rights law at New York University Law School, where he founded and co-chairs its Center for Human Rights and Global Justice, and co-wrote a leading textbook on international human rights law.

“Professor Alston is a global citizen in the best sense, helping to protect children and adults around the world, and to hold their governments and institutions accountable” according to event organizer Jeremy Zullow, Princeton Class of 2017 and Advocacy Director of the Princeton-Trenton UNA chapter.

Adlai Stevenson’s distinguished career included participation in the founding of the United Nations from 1944 to 1947. He subsequently served as the United States Ambassador to the United Nations during President John F. Kennedy’s administration, which included the Cuban Missile Crisis. Stevenson’s papers, including his work with the UN, are housed at Princeton’s Seely J. Mudd Archives.