The Program in Law and Public Affairs (LAPA) at Princeton University is pleased to announce its fellows for the 2019-2020 academic year:

Each class of LAPA fellows brings to Princeton expertise and experience in law and related subjects.  The fellows spend the academic year in residence pursuing their research projects, participating in law-related programs, and engaging with faculty and students.  LAPA fellows are selected in a competitive process from a large interdisciplinary and international applicant pool. 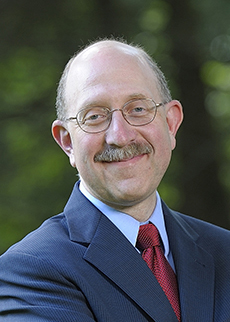 Professor Chanenson is the Director of the Villanova Sentencing Workshop and former Chair of the Pennsylvania Commission on Sentencing, An elected member of the American Law Institute, Professor Chanenson was the Liaison from the National Association of Sentencing Commissions to the American Law Institute regarding efforts to revise the sentencing portions of the Model Penal Code. He was the Reporter for the Uniform Law Commission’s recently adopted Criminal Records Accuracy Act.  In addition, he is currently a Managing Editor of and frequent contributor to the Federal Sentencing Reporter (University of California Press/Vera Institute of Justice), the leading professional journal of brief commentary on sentencing law, theory, and reform.   In recognition of his dedication to public service, the Truman Foundation named Professor Chanenson a Truman Scholar and subsequently bestowed upon him early in the Truman Foundation's Judge Joseph Stevens Award for Outstanding Public Service in the Field of Law in 2005.  Professor Chanenson received a B.A. in economics and M.S. in criminology from the University of Pennsylvania and a J.D. from the University of Chicago Law School.  He clerked for Judge Phyllis A. Kravitch of the United States Court of Appeals for the Eleventh Circuit and Supreme Court Associate Justice William J. Brennan, Jr. He also served in the Chambers of the Honorable David H. Souter. Before entering teaching, he practiced at a major commercial law firm and served as an Assistant U.S. Attorney in the Criminal Division in Chicago.  While at LAPA he will be examining what happens when selected Nordic penal practices are adopted in an American prison.

Robin A. Lenhardt, Professor of Law, Founder and Faculty Director of the Center on Race, Law & Justice,Fordham Law School

Professor Lenhardt specializes in matters pertaining to race, civil rights, family, and citizenship. Before entering academia, she held a number of positions in the private and non-profit sectors.  She was a Counsel in the Washington, D.C. office of Wilmer, Cutler & Pickering, where she was a member of the litigation team that defended the University of Michigan in the affirmative action lawsuits of Grutter v. Bollinger and Gratz v. Bollinger. She received a Skadden Foundation Fellowship to work as a staff attorney for the National Lawyers’ Committee for Civil Rights and also served as an attorney advisor in the U.S. Department of Justice’s Office of Legal Counsel. She later returned to DOJ to review civil rights issues as part of President Barack Obama’s transition team. Professor Lenhardt is currently an American Bar Foundation Fellow and a member of the Brown University Corporation. She recently received the 2019 American Association of Law Schools’ Clyde Ferguson Award for her teaching, scholarship, and service.  She holds an A.B. degree in English from Brown University; a J.D. from Harvard Law School; an M.P.A. from Harvard University’s John F. Kennedy School of Government; and an L.L.M. from the Georgetown University Law Center.  After law school, she clerked for Judge Hugh Bownes of the U.S. Court of Appeals for the First Circuit, and Associate Supreme Court Justice Stephen G. Breyer. Professor Lenhardt is currently co-editor of a book entitled Critical Race Judgments: U.S. Opinions on Race and Law. While at LAPA she will be working on a book, Race, Law, and Family in an American City: The Untold Story of Moore v. City of East Cleveland.

Professor Light’s research examines issues at the intersection of environmental law, corporate sustainability, and business innovation.  In 2018 Professor Light’s scholarship earned her the Alliance for Research on Corporate Sustainability Emerging Sustainability Scholar Award, which recognized her rigorous and salient contributions that cross disciplinary and national boundaries.  Before entering academia, Professor Light served for 11 years in the Civil Division of United States Attorney’s Office, Southern District of New York, during which she was Chief of the Environmental Protection Unit from 2007 to 2011.  In addition to Wharton, Professor Light has taught at Brooklyn, Fordham, and the University of Pennsylvania Law Schools and Columbia University.  She holds an AB from Harvard College and a JD from Yale Law School.  A Rhodes Scholar, she received an M.Phil. in Politics from Oxford University.  Following law school, she clerked for Judge John M. Walker, Jr. of the United States Court of Appeals for the Second Circuit.  At LAPA her project will explore the role of the corporation on public lands in the United States from both a legal and normative perspective.