The argument to abolish police and prisons has broken into the mainstream, from major news outlets publishing short pieces on abolition from leading abolitionists like Mariame Kaba and Rachel Herzing, to the immigrant justice movement’s campaign to abolish ICE, to the focus on abolitionist organizing and visions at major academic conferences. Professor Akbar will explore the argument for police abolition coming out of contemporary social movements and organizing, as well as a growing interdisciplinary body of academic work.  In her article, she charts three currents central to the argument for police abolition: that policing must be understood in the long history of enslavement and settler colonialism; that policing is not a tool of neutral unbiased law enforcement, but a fundamentally racialized, gendered, and capitalist instrument; and because raced, gendered, and capitalist violence is fundamental to police, police cannot be fixed and so must be abolished. Rather than aiming to improve policing through better regulation and more resources (e.g. training, oversight, body cameras), an abolitionist approach to reform aims to shrink the aggregate role and space of police in the world, with the ultimate goal of eliminating our reliance on criminal law enforcement altogether. 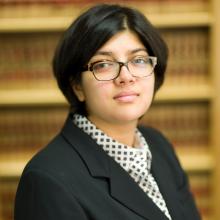 Amna Akbar’s research and teaching focus on social movements, critical theory, and policing, race, and inequality. Her scholarship explores the intersections of national security and criminal law, and the potential of social movements to transform our thinking about law, law enforcement, and law reform. She writes broadly for academic and popular audiences, in outlets like NYU Law Review, UCLA Law Review, NOMOS,Citizenship Studies, the Journal of Legal Education, Law and Political Economy, the Nation, Boston Review, and more. In her teaching and lawyering work, she is deeply engaged with law and organizing in Ohio and around the country.

Before coming to Ohio State, Professor Akbar taught at New York University (NYU) Law School and the City University of New York (CUNY) Law School.  She received her B.A. from Barnard College, Columbia University, and her J.D. from the University of Michigan, where she served as editor-in-chief of the Michigan Law Review. After law school, she clerked for Judge Gerard E. Lynch in the U.S. District Court, Southern District of New York, and worked as a staff attorney at Queens Legal Service Corp. in a community-based battered women’s project.  At LAPA she will continue her study of contemporary racial justice movements with anti-capitalist commitments. In particular, she will focus on these movements’ analytic frameworks – which forward a critique of the United States rooted in the global history and contemporary realities of people of color, and a radical vision for a new tomorrow – and how they challenge and expand thinking on race, law, and law reform. 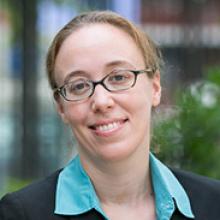 Professor Simonson teaches courses in criminal law and evidence. Her schol­arship explores ways in which the public participates in criminal justice processes and how that participation, in turn, has the potential to lead to broader changes in the justice system. Her articles have appeared or are forthcoming in the Harvard Law Review, California Law Review, Georgetown Law Journal, and NYU Review of Law & Social Change.

Prior to joining the Brooklyn Law School faculty in 2015, Professor Simonson was an Acting Assistant Professor of Lawyering at New York University School of Law. Her background also includes work as a public defender with the Bronx Defenders and as a judicial clerk for the Hon. Barrington D. Parker, Jr., U.S. Court of Appeals, Second Circuit. She is a graduate of Harvard Law School, where she was the Editor-in-Chief of the Harvard Civil Rights–Civil Liberties Law Review, and received her B.A. from Yale University.