Abstract: "Can a liberal commons emerge in an authoritarian regime? Based on an in-depth investigation of the ongoing self-governance movement among hundreds of millions of homeowners in China, this research examines the tension between authoritarianism and liberal commons for the first time. The legalization of homeowners experienced a process from bottom-up market practices to please existing and potential housing consumers, to a Ministry of Housing decree as a way to discipline service providers, i.e., management companies, to the national property law, which recognizes the already-prevalent practices and challenges and has made a half-hearted legal commitment to homeowner self-governance, but leaves the future to local implementation and experimentation. Law represents a prospectus, rather than a universally-and-uniformly binding document. At the local level, the authoritarian commons (i.e., the dynamic interactions between the authoritarian state and homeowners’ efforts to create a liberal commons in their neighborhoods) features multiple equilibria that depend on the state capacity and the risks posed by the self-governance movement. Empirically this research reveals a striking contrast: in Shanghai, 94% of condominium complexes have established homeowners’ associations, a kind of liberal commons, compared with 41% in Shenzhen, and only 12% in Beijing.  It is posited in this paper that a highly capable state facing an intermediate degree of risk can make the institutional reforms necessary to accommodate the grassroots democracy. This research of the authoritarian commons brings the state back to the economic theories of property rights, and brings property, and more specifically, space and territorial control to the study of authoritarianism. It also deepens our understanding of authoritarianism and development." 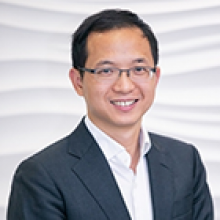 Shitong Qiao is an expert on property and urban law with a focus on comparative law and China. At the University of Hong Kong, he teaches comparative property law, law of cities, law and development, and Chinese law, and has won multiple research prizes and grants. In the past fifteen years, he has conducted extensive fieldwork in multiple settings ranging from rural villages, urban villages, to urban middle-class residential neighborhoods in China, exploring the interplay of law, social norms, and the government’s role in these contexts. His first monograph, Chinese Small Property: The Co-Evolution of Law and Social Norms (2017), won the inaugural Masahiko Aoki Award for Economic Paper from Tsinghua University and was reviewed in leading international and Asian law journals. He has published numerous journal articles and book chapters. His research has been frequently cited by property and urban law theorists, scholars of China studies, and Chinese policy-makers and Supreme People’s Court justices, and has been covered by leading Chinese and English media. In Spring 2020, Professor Qiao was the Jerome A. Cohen Visiting Professor of Law at New York University Law School, which he previously served as Global Associate Professor of Law in 2017. He has also held visiting positions at Duke Law School and Peking University School of Transnational Law.  He received his L.L.B. and M.Phil from Wuhuan University and Peking University, respectively, and a J.S.D. from Yale Law School. At LAPA, he will be working on his monograph, The Authoritarian Commons: Neighborhood Democratization in Urban China, which explores whether a liberal commons can emerge in an authoritarian state. 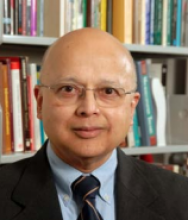 Avinash Dixit is John J. F. Sherrerd ’52 University Professor of Economics Emeritus at Princeton University. He is also a Distinguished Adjunct Professor of Economics at Lingnan University, Hong Kong, and a Senior Research Fellow at Nuffield College, Oxford. His research interests have included microeconomic theory, game theory, international trade, industrial organization, growth and development theories, public economics, political economy, and the new institutional economics. His book publications include Theory of International Trade (with Victor Norman), The Art of Strategy (with Barry Nalebuff), Investment Under Uncertainty (with Robert Pindyck), Games of Strategy (with Susan Skeath), Lawlessness and Economics: Alternative Modes of Governance, and The Making of Economic Policy: A Transaction Cost Politics Perspective. He has also published numerous articles in professional journals and collective volumes. He was President of the Econometric Society in 2001, and of the American Economic Association in 2008. He was elected to the American Academy of Arts and Sciences in 1992, the National Academy of Sciences in 2005, and the American Philosophical Society in 2010, and was elected a Corresponding Fellow of the British Academy in 2006. 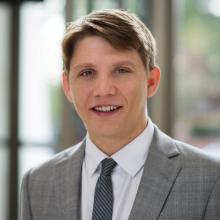 Rory Truex is an Assistant Professor in Princeton's Department of Politics and Princeton's School of Public and International Affairs. His research focuses on Chinese politics and theories of authoritarian rule. His book Making Autocracy Work: Representation and Responsiveness in Modern China investigates the nature of representation in authoritarian systems, specifically the politics surrounding China's National People's Congress (NPC). He argues that the Chinese Communist Party (CCP) is engineering a system of “representation within bounds” in the NPC, fostering information revelation but silencing political activism. Original data on deputy backgrounds and behaviors is used to explore the nature of representation, policymaking, and incentives in this constrained system. He is currently working on a new set of projects on repression, human rights, and dissent in contemporary China. His research has been published in the American Political Science Review, Journal of Politics, Journal of Conflict Resolution, Comparative Political Studies, China Quarterly, among other journals.