Both Sides: Reproductive Rights and Justice Beyond 'Roe v. Wade'

Précis:  "This paper will share early findings from my current project, a history of reproductive politics that starts with a pair of neighbors on the eighth floor of 800 West End Avenue, New York City, Apartments A and B.  The neighbors were my mother, ashkenazic Jewish feminist attorney Beatrice K. Braun, and the Puerto Rican feminist doctor and public health leader Dr. Helen Rodriguez-Trias.  I argue, first, that what we generally know as “reproductive rights” is an historical construction that has omitted parts of the reproductive rights agendas that existed in the past.  Second, I argue that an ahistorical approach to constitutional law has left scholars arguing about Roe v. Wade and missing much of the history of claims for reproductive rights that pre- and post-dated Justice Blackmun’s opinion in Roe.  Third, I join a small group of colleagues in calling for a robustly historical, socio-legal, study of U.S. Constitutional law – surprisingly elusive especially in the study of gender and reproduction – including by weaving together the history of developments in the Supreme Court with those in state legislatures, state and lower federal courts, and administrative agencies.  Among other insights we gain from such a grounded study of reproductive rights, I argue that we gain an appreciation of the arguments and strategies that worked to enhance reproductive rights before Roe, and the continuous controversies that prove there never was a quiet time in this history." 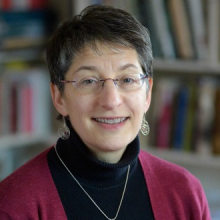