The lack of gender parity in the governance of business corporations has ignited a heated global debate leading policymakers to wrestle with difficult questions that lie at the intersection of market activity and social identity politics.  Drawing on semi-structured interviews with corporate board directors in Norway and documentary content analysis of corporate securities filings in the United States, Challenging Boardroom Homogeneity (Cambridge University Press) investigates two distinct regulatory models designed to address diversity in the boardroom: quotas and disclosure.  The author’s study of the Norwegian quota model demonstrates the role that gender diversity can play in corporate governance, while also revealing the challenges diversity mandates pose.  His analysis of the U.S. regime shows how a disclosure model has led corporations to establish a vocabulary of “diversity.”  At the same time, the analysis highlights the downsides of affording firms too much discretion in defining that concept. 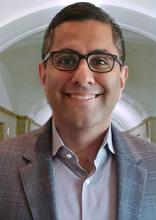 Aaron Dhir is the Oscar M. Ruebhausen Distinguished Senior Fellow at Yale Law School and an Associate Professor, with tenure, at Osgoode Hall Law School.  His scholarly interests center on corporate law, governance, theory, and accountability.  He was the 2017 Justin D’Atri Visiting Professor of Law, Business, and Society at Columbia Law School and the 2013–2014 Canadian Bicentennial Visiting Professor of Law at Yale Law School.  He has also served as a Visiting Professor at Stanford Law School and as a Visiting Scholar at Harvard University, the University of Oxford, Berkeley Law School, and University College London.  Professor Dhir has contributed opinion pieces to The Atlantic, Slate, The Globe & Mail, and The Toronto Star.  His research findings have been covered by a variety of media outlets, including The New York Times, The Wall Street Journal, The Washington Post, The Harvard Business Review, Forbes, Newsweek, National Public Radio, Pacific Standard, The Seattle Times, The Hartford Courant, and ThinkProgress. 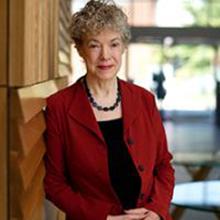 Professor Fiske's research addresses how stereotyping, prejudice, and discrimination are encouraged or discouraged by social relationships, such as cooperation, competition, and power. We begin with the premise that people easily categorize other people, especially based on race, gender, and age. Going beyond such categories, to learn about the individual person, requires motivation. Social relationships supply one form of motivation to individuate, and our work shows that being on the same team or depending on another person makes people go beyond stereotypes. Conversely, people in power are less motivated to go beyond their stereotypes. In laboratory studies, we examine how a variety of relationships affect people forming impressions of others. Society's cultural stereotypes and prejudice also depend on relationships of power and interdependence. Group status and competition affect how groups are (dis)liked and (dis)respected. In cultural surveys, we examine the content of group stereotypes based on race, gender, age, (dis)ability, income, and more, finding patterns in the ways that society views various groups.