Abstract:  "This paper is part of a book-length study of how, under the impact of modernism, American legal, political, and economic thinkers increasingly turned away from thinking in terms of ends and towards thinking in terms of processes, means, methods, techniques, procedures, and protocols.  In the paper, I examine how this happened and what it looked like in the context of American legal thought between 1900 and 1970.  After showing how modernist legal thinkers attacked the common law tradition in the late nineteenth and early twentieth centuries, I show how American legal thinkers responded to that attack by representing law not as a body of substantive truths but as a way of doing things, a method, as It were, with legal procedure at its core.  What were the implications of this transformation for understandings of law?  With what consequences for the country’s common law tradition?  I examine such questions by looking at a range of contexts from debates over the administrative state to the structure of twentieth-century constitutional law and by examining the writings of many legal thinkers including (but not restricted to) Oliver Wendell Holmes, Jr., Roscoe Pound, Felix Frankfurter, James Landis, Lon Fuller, and Alexander Bickel." 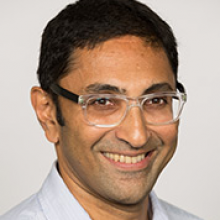