Freedom of Thought and the Struggle to End Slavery

Freedom of speech was a work in progress in the United States in the 19th century. A right to freedom of speech was enshrined in American constitutions, but the scope of that freedom still not well understood. The freedom of Americans to think, speak, debate, publish and read was cherished as an important value and a critical lynchpin of a free and democratic society. As is so often the case, those cherished values were mostly left abstract and unexamined. Courts were rarely called upon to give concrete meaning to these rights or to enforce them against hostile political majorities or government officials. American politicians and civic leaders took them for granted and rarely pondered what might be necessary to sustain them.

The long fight to end slavery in America crucially depended on the availability of freedom of thought and helped move the boundaries of what the realization of freedom of thought was understood to require. As a movement of a distinct minority of radical activists, abolitionism tested how much dissent Americans would tolerate. It often found that they would not tolerate very much. In order to succeed, antislavery activists needed to make their case in public and find ways to convert the broad swath of the citizenry to their cause. They needed a right to free speech in order to build a movement and bring an end to slavery. At the same time, their opponents recognized that they in turn needed to find ways to restrict the free speech rights of the abolitionists and deny them a public platform to advance their cause. The battle over the future of slavery necessarily became a battle over the present of freedom of thought as well. As the abolitionists themselves recognized, the success of their movement was ultimately a victory for freedom of thought in America. The abolition of slavery vindicated their optimism that it was possible to persuade the public to embrace a just cause and solidified their belief that the triumph of tyranny depending on the stifling of freedom of thought and the suppression of open debate about the possibilities of reform. 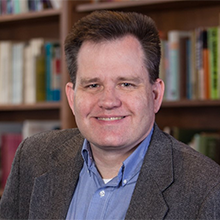 Keith E. Whittington is the William Nelson Cromwell Professor of Politics at Princeton University. He writes about American constitutional law, politics and history and American political thought. He has been a visiting professor at the University of Texas School of Law and Harvard Law School and is a member of the American Academy of the Arts and Sciences. He did his undergraduate work at the University of Texas at Austin and completed his Ph.D. in political science at Yale University.

His work has appeared in the Wall Street Journal, the Washington Post, the New York Times, and the Atlantic, among other outlets, and he is a regular contributor to the Volokh Conspiracy blog. He is the author of several books, including Speak Freely: Why Universities Must Defend Free Speech; Repugnant Laws: Judicial Review of Acts of Congress from the Founding to the Present; and Constitutional Crises, Real and Imagined. 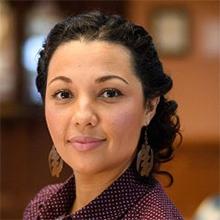 Aisha M. Beliso-De Jesús is a cultural and social anthropologist who has conducted ethnographic research with Santería practitioners in Cuba and the United States, and police officers and communities of color affected by police violence in the United States. Her research and teaching span the United States, Caribbean, Latin America, Africana, and Afro-Latinx communities. Her first book, Electric Santería: Racial and Sexual Assemblages of Transnational Religion (Columbia University Press, 2015), won the 2016 Albert J. Raboteau Award for the Best Book in Africana Religions. She is completing a book, “Zombie Patrol: Policing African Diaspora Religions” which examines the criminalization and racialization of religions of Black and Latinx in the U.S. Beliso-De Jesús has also launched a team-based ethnographic research project on police use of force in New Orleans, funded by the National Science Foundation.