Abstract: "The subject of Charles Dickens, copyright, and piracy is a familiar one.  This chapter attempts to tell, in a comprehensive way, the less familiar story of Dickens and American trade courtesy.  The first part traces early courtesy overtures to Dickens in the 1830s, his rupture with American publishers following his failed copyright campaign of 1842, and the resumption of courtesy relations in the 1850s and 1860s.  The second part recounts the history of a lawsuit, Sheldon v. Houghton, in which a profitable uniform edition of Dickens, published in New York in the 1860s, became the centerpiece of a quixotic attempt to establish a formal legal identity for informal courtesy norms.  The final part examines the controversy of 1867 when Dickens scandalized the American book trade by declaring his loyalty to the Boston firm of Ticknor & Fields and slighting Harper and other houses that had dealt generously with him in the past.  The controversy clarified certain assumptions of courtesy as they had evolved over the decades, and showed that publishers had come to expect courteous reciprocity from authors they had paid, no less than from fellow publishers who were part of the courtesy league.  Where the Dickens of 1842 had offended Americans by his strident calls for copyright justice, the Dickens of 1867 offended them by his cavalier disregard for the voluntary rough justice of trade courtesy." 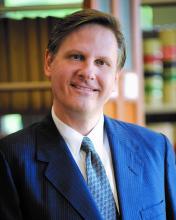 Robert Spoo’s research combines legal and literary perspectives at the intersection of copyright law, authorship, publishing history, informal norms, and theories of the public domain. Formerly an English professor and editor of the James Joyce Quarterly, Professor Spoo was drawn to the law in part because of the obstructive role that copyright holders can play in relation to creativity and scholarship. He was a member of the legal team that sued the James Joyce estate for its misuse of copyrights and its bullying of a literature scholar in Shloss v. Sweeney. Much of his published work focuses on the role of informal norms in publishing and authorship and the ways in which such norms have historically been employed to imitate copyrights in markets lacking formal legal protections. In addition to books and editions on James Joyce, Ezra Pound, and other modern authors, Professor Spoo recently published Without Copyrights: Piracy, Publishing, and the Public Domain (2013), a study of copyright-like norms in nineteenth- and twentieth-century publishing, and Modernism and the Law (2018), a survey of modern literature and the legal regimes of obscenity, defamation, copyright, privacy, and publicity. The latter book was written with the support of a 2016 Guggenheim Fellowship. Professor Spoo holds a B.A. in English from Lawrence University, a Ph.D. in English from Princeton University, and a J.D. from the Yale Law School.  After law school, he clerked for the Honorable Sonia Sotomayor when she was a judge on the U.S. Court of Appeals for the Second Circuit, and practiced law with major firms in New York, San Francisco, and Tulsa. At LAPA, his project will explore the “courtesy” norms that nineteenth-century American publishers fashioned to fill the U.S. copyright vacuum for foreign authors’ works. 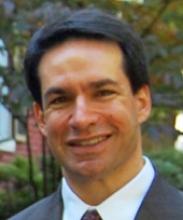 Prof. Stern teaches and researches in the areas of law and literature, legal history, law and sexuality, and criminal law.  His research focuses on the evolution of legal doctrines and methods in relation to literary and intellectual history. Current research topics include the development of the "reasonable man" standard (and its precursors and analogues) since the eighteenth century, and the changing conception of legal fictions between the early modern period and the present. His research has been funded by the Social Sciences and Humanities Research Council, the Foundation for Legal Research, and the American Society for Legal History.

He is co-editor (with Robert Spoo) of the series Law and Literature, published by Oxford University Press. To learn more about the series, or to submit a book proposal, please see OUP's web page for the series.