Democracy in Chains: The Deep History of the Radical Right's Stealth Plan for America

A discussion of author Nancy McLean’s book on the history of the radical right. 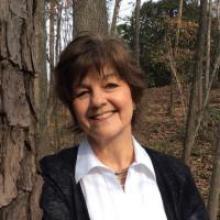 Nancy MacLean is an award-winning scholar of the twentieth-century U.S., whose new book, Democracy in Chains: The Deep History of the Radical Right’s Stealth Plan for America, has been described by Publishers Weekly as “a thoroughly researched and gripping narrative… [and] a feat of American intellectual and political history.” Booklist called it “perhaps the best explanation to date of the roots of the political divide that threatens to irrevocably alter American government.” http://bit.ly/2oJklds

The author of four other books, including Freedom is Not Enough: The Opening of the American Workplace (2006) called by the Chicago Tribune "contemporary history at its best,” and Behind the Mask of Chivalry: The Making of the Second Ku Klux Klan, named a New York Times "noteworthy" book of 1994, MacLean is the William H. Chafe Professor of History and Public Policy. Her articles and review essays have appeared in American Quarterly, The Boston Review, Feminist Studies, Gender & History, In These Times, International Labor and Working Class History, Labor, Labor History, Journal of American History, Journal of Women’s History, Law and History Review, The Nation, the OAH Magazine of History, and many edited collections.

Professor MacLean’s scholarship has received more than a dozen prizes and awards and been supported by fellowships from the American Council of Learned Societies, the National Endowment for the Humanities, the National Humanities Center, the Russell Sage Foundation, and the Woodrow Wilson National Fellowships Foundation. In 2010, she was elected a fellow of the Society of American Historians, which recognizes literary distinction in the writing of history and biography. Also an award-winning teacher and committed graduate student mentor, she offers courses on post-1945 America, social movements, and public policy history. 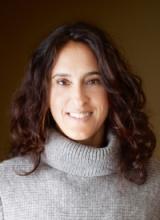 Mann’s current project looks at charitable efforts to expand opportunity for young people from economically marginalized urban neighborhoods by creating connections between those young people and host families living outside urban centers. Since January 2017, with colleagues, Mann has been building a mutual aid network of citizen and immigrant neighbors that is grounded in community belonging, mutual dependency, and shared humanity.