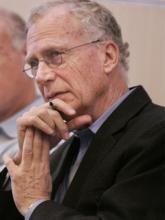 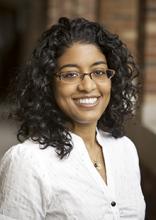 Tracey L. Meares is the Walton Hale Hamilton Professor of Law and Founding Director of The Justice Collaboratory at Yale University. Before arriving at Yale, she was Max Pam Professor of Law and Director of the Center for Studies in Criminal Justice at the University of Chicago Law School. She was, at both The University of Chicago and Yale Law Schools, the first African American woman to be granted tenure. Before going into academia, Professor Meares held positions clerking for the Honorable Harlington Wood, Jr., of the U.S. Court of Appeals for the Seventh Circuit and as an Honors Program Trial Attorney in the Antitrust Division of the United States Department of Justice.

Professor Meares has worked extensively with the federal government, having served on the Committee on Law and Justice, a National Research Council Standing Committee of the National Academy of Sciences from 2004–2011. Additionally, she has served on two National Research Council Review Committees: one to review research on police policy and practices, which produced the book, Fairness and Effectiveness in Policing: The Evidence (2004, Skogan and Frydl, eds.) and another to review the National Institute of Justice, Strengthening the National Institute of Justice, (2010, Welford, Chemers and Schuck, eds). In November of 2010, Meares was named by Attorney General Eric Holder to sit on the Department of Justice’s newly-created Science Advisory Board. And in December 2014, President Obama named her as a member of his Task Force on 21st Century Policing.