Federalism in the Era of Trump: Resistance, Reform, and Compromise

Sanctuary cities. Marijuana legalization. Environmental reform. Federalism has long been the darling of conservatives, but progressives are increasingly turning to state and local power in the age of Trump. Dean Gerken will explain why state and local policy can serve as a tool of resistance and an incentive for compromise. In doing so, she will urge progressives and conservatives alike to move beyond outdated notions of state power and embrace a federalism suited for the 21st century.

This very special annual lecture celebrates the work of the late Walter F. Murphy, McCormick Professor of Jurisprudence Emeritus, Princeton University, and his dedication to excellence in the study of American and comparative constitutional law theory.  A decade after joining the Princeton faculty, Professor Murphy was named the McCormick Professor of Jurisprudence, succeeding Woodrow Wilson, Edward S. Corwin, and Alpheus T. Mason in one of the Nation's most prestigious Chairs.

Cosponsored with the James Madison Program in American Ideals and Institutions 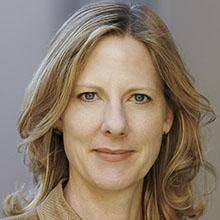 Heather Gerken is the Dean and Sol & Lillian Goldman Professor of Law at Yale Law School. Dean Gerken is one of the country’s leading experts on constitutional law and election law. A founder of the “nationalist school” of federalism, her work focuses on federalism, diversity, and dissent.

Hailed as an “intellectual guru” in the New York Times, Gerken’s scholarship has been featured in The Atlantic, the Boston Globe, NPR, the New York Times, and Time. In 2017, Politico Magazine named Gerken one of The Politico 50, a list of idea makers in American politics. Her work on election reform has affected policy at a national level.

At Yale, she founded and runs the country’s most innovative clinic in local government law, the San Francisco Affirmative Litigation Project (SFALP). Professor Gerken is also a renowned teacher who has won awards at both Yale and Harvard. She was named one of the nation’s “twenty-six best law teachers” in a book published by the Harvard University Press.

After law school, Dean Gerken clerked for Judge Stephen Reinhardt of the 9th Circuit and Justice David Souter of the United States Supreme Court. She then served as an appellate lawyer in Washington, D.C., before joining the Harvard Law School faculty in 2000. Gerken came to Yale in 2006 and became the inaugural J. Skelly Wright Professor of Law in 2008. She became dean of Yale Law School on July 1, 2017.

Gerken has published extensively. Her work has been featured in the Harvard Law Review, the Yale Law Journal, the Stanford Law Review as well as numerous popular publications. Her work has been the subject of four symposia, and she has served as a commentator for a number of major media outlets, including The New York Times, The New Yorker, NPR, CNN, MSNBC, and NBC News. Dean Gerken served as a senior advisor to the Obama campaign in 2008 and 2012. In 2013, her proposal for creating a “Democracy Index” – a national ranking of election systems — was adopted by the Pew Charitable Trusts, which created the nation’s first Election Performance Index. She has been featured in the National Law Journal for balancing teaching and research, won a Green Bag award for legal writing, and has testified before the Senate three times. Gerken is a member of the American Academy of Arts and Sciences.