The Internationalists: How a Radical Plan to Outlaw War Remade the World Please join us for a lunchtime book talk with Oona Hathaway and Scott Shapiro, to discuss their new book, The Internationalists: How a Radical Plan to Outlaw War Remade the World.

On a hot summer afternoon in 1928, the leaders of the world assembled in Paris to outlaw war. Within the year, the treaty signed that day, known as the Peace Pact, had been ratified by nearly every state in the world. War, for the first time in history, had become illegal the world over. But the promise of that summer day was fleeting. Within a decade of its signing, each state that had gathered in Paris to renounce war was at war. And in the century that followed, the Peace Pact was dismissed as an act of folly and an unmistakable failure. This book argues that that understanding is inaccurate, and that the Peace Pact ushered in a sustained march toward peace that lasts to this day.

The Internationalists tells the story of the Peace Pact by placing it in the long history of international law from the seventeenth century through the present, tracing this rich history through a fascinating and diverse array of lawyers, politicians and intellectuals—Hugo Grotius, Nishi Amane, Salmon Levinson, James Shotwell, Sumner Welles, Carl Schmitt, Hersch Lauterpacht, and Sayyid Qutb. It tells of a centuries-long struggle of ideas over the role of war in a just world order. It details the brutal world of conflict the Peace Pact helped extinguish, and the subsequent era where tariffs and sanctions take the place of tanks and gunships. 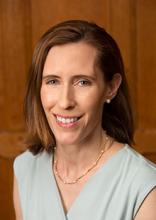 Oona A. Hathaway is the Gerard C. and Bernice Latrobe Smith Professor of International Law and Counselor to the Dean at the Yale Law School. She is also Professor of International Law and Area Studies at the Yale University MacMillan Center, on the faculty at the Jackson Institute for International Affairs, and Professor of the Yale University Department of Political Science. She is a member of the Strategic Initiatives Committee of the American Society of International Law, Yale University’s Provost’s Committee on International Affairs, and the Advisory Committee on International Law for the Legal Adviser at the United States Department of State. In 2014-15, she took leave from Yale Law School to serve as Special Counsel to the General Counsel for National Security Law at the U.S. Department of Defense, where she was awarded the Office of the Secretary of Defense Award for Excellence. Professor Hathaway earned her B.A. summa cum laude at Harvard University in 1994 and her J.D. at Yale Law School, where she was Editor-in-Chief of the Yale Law Journal, in 1997. She served as a Law Clerk for Justice Sandra Day O’Connor and for D.C. Circuit Judge Patricia Wald, held fellowships at Harvard University’s Carr Center for Human Rights Policy and Center for the Ethics and the Professions, served as Associate Professor at Boston University School of Law, as Associate Professor at Yale Law School, and as Professor of Law at U.C. Berkeley. Her current research focuses on the foundations of modern international law, the intersection of U.S. constitutional law and international law, the enforcement of international law, and the law of armed conflict. She is a principal investigator on a recent grant awarded by Hewlett Foundation to study cyber conflict. She has published more than twenty-five law review articles. 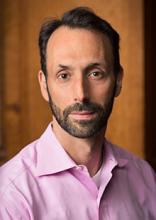 Scott Shapiro is the Charles F. Southmayd Professor of Law and Professor of Philosophy at Yale Law School. He joined the Yale Law faculty in July 2008 as a professor of law and philosophy. He previously taught law and philosophy at the University of Michigan and before that, was a professor of law at the Benjamin N. Cardozo School of Law. His areas of interest include jurisprudence, international law, constitutional law and theory, criminal law, family law, philosophy of action, and the theory of authority. He is the author of Legality (2011) and editor (with Jules Coleman) of The Oxford Handbook of Jurisprudence and Philosophy of Law (2002). He earned B.A. and Ph.D. degrees in philosophy from Columbia University and a J.D. from Yale Law School, where he was senior editor of The Yale Law Journal.

Co Sponsor(s):
This session of the International Relations Faculty Colloquium is co-sponsored by the Niehaus Center for Globalization and Governance and Department of Politics.