The Justice of Contradictions: Antonin Scalia and the Politics of Disruption

Free and open to the public. Lunch is provided.

Please join us for a lunchtime book conversation with Rick Hasen, the author of The Justice of Contradictions: Antonin Scalia and the Politics of Disruption, and Princeton Politics professor Keith Whittington.

From Yale University Press: "Engaging but caustic and openly ideological, Antonin Scalia was among the most influential justices ever to serve on the United States Supreme Court. In this fascinating new book, legal scholar Richard L. Hasen assesses Scalia’s complex legacy as a conservative legal thinker and disruptive public intellectual.  The left saw Scalia as an unscrupulous foe who amplified his judicial role with scathing dissents and outrageous public comments. The right viewed him as a rare principled justice committed to neutral tools of constitutional and statutory interpretation. Hasen provides a more nuanced perspective, demonstrating how Scalia was crucial to reshaping jurisprudence on issues from abortion to gun rights to separation of powers. A jumble of contradictions, Scalia promised neutral tools to legitimize the Supreme Court, but his jurisprudence and confrontational style moved the Court to the right, alienated potential allies, and helped to delegitimize the institution he was trying to save." 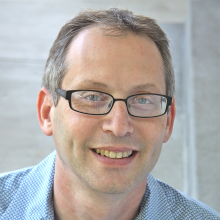 Professor Richard L. Hasen is Chancellor’s Professor of Law and Political Science at the University of California, Irvine. Hasen is a nationally recognized expert in election law and campaign finance regulation, writing as well in the areas of legislation and statutory interpretation, remedies, and torts. He is co-author of leading casebooks in election law and remedies.

From 2001-2010, he served (with Dan Lowenstein) as founding co-editor of the quarterly peer-reviewed publication, Election Law Journal. He is the author of over 100 articles on election law issues, published in numerous journals including the Harvard Law Review, Stanford Law Review and Supreme Court Review. He was elected to The American Law Institute in 2009 and served as an Adviser on ALI’s law reform project, Principles of Election Law: Resolution of Election Disputes.

His op-eds and commentaries have appeared in many publications, including The New York Times, The Washington Post, Politico, and Slate. Hasen also writes the often-quoted Election Law Blog, which the ABA Journal named to its “Blawg 100 Hall of Fame” in 2015. His newest book, The Justice of Contradictions: Antonin Scalia and the Politics of Disruption, was published in 2018 by Yale University Press.

Professor Hasen holds a B.A. degree (with highest honors) from UC Berkeley, and a J.D., M.A., and Ph.D. (Political Science) from UCLA. After law school, Hasen clerked for the Honorable David R. Thompson of the United States Court of Appeals for the Ninth Circuit, and then worked as a civil appellate lawyer at the Encino firm Horvitz and Levy.

From 1994-1997, Hasen taught at the Chicago-Kent College of Law and from 1998-2011 he taught at Loyola Law School, Los Angeles, where he was named the William H. Hannon Distinguished Professor of Law in 2005. He joined the UC Irvine School of Law faculty in July 2011, and is a faculty member of the UC Irvine Jack W. Peltason Center for the Study of Democracy. 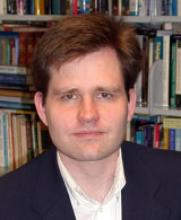 Keith E. Whittington is William Nelson Cromwell Professor of Politics in the Department of Politics at Princeton University. He is the author of Speak Freely: Why Universities Must Defend Free Speech, as well as Constitutional Construction: Divided Powers and Constitutional Meaning, and Constitutional Interpretation: Textual Meaning, Original Intent, and Judicial Review, and Political Foundations of Judicial Supremacy: The Presidency, the Supreme Court, and Constitutional Leadership in U.S. History (which won the C. Herman Pritchett Award for best book in law and courts and the J. David Greenstone Award for best book in politics and history), and Judicial Review and Constitutional Politics, and American Political Thought: Readings and Materials. He is the editor (with Neal Devins) of Congress and the Constitution and editor (with R. Daniel Kelemen and Gregory A. Caldeira) of The Oxford Handbook of Law and Politics and editor of Law and Politics: Critical Concepts in Political Science. He is also the author (with Howard Gillman and Mark A. Graber) of American Constitutionalism, vol. 1: Structures of Government and American Constitutionalism, vol. 2: Rights and Liberties (which together won the Teaching and Mentoring Award for innovative instructional materials in law and courts), and American Constitutionalism: Powers, Rights and Liberties (a one-volume abridgement). He has published widely on American constitutional theory and development, federalism, judicial politics, and the presidency. He has been a John M. Olin Foundation Faculty Fellow and American Council of Learned Societies Junior Faculty Fellow, and a Visiting Scholar at the Social Philosophy and Policy Center, and a Visiting Professor at the University of Texas School of Law.  He is a member of the American Academy of the Arts and Sciences. He is editor (with Gerald Leonard) of the New Essays on American Constitutional History and editor (with Maeva Marcus, Melvin Urofsky, and Mark Tushnet) of the Cambridge Studies on the American Constitution. His new book, Repugnant Laws: Judicial Review of Acts of Congress from the Founding to the Present, is forthcoming and he is currently completing Constitutional Crises, Real and Imagined and The Idea of Democracy in America, from the American Revolution to the Gilded Age.