This is a series of informal workshop sessions for papers in progress. Each is by invitation only and is an RSVP event.

Abstract:  "In my February 13 LAPA seminar paper, I assessed Justice Scalia’s warning in dissent in Lawrence v. Texas (2003) that protecting constitutional rights of gays and lesbians to intimate association puts us on a slippery slope to “the end of all morals legislation.” He asserted that if laws prohibiting same-sex "deviate sexual intercourse" were not constitutional, neither were laws prohibiting, to quote his list, “bigamy, same-sex marriage, adult incest, prostitution, masturbation, adultery, fornication, bestiality, and obscenity.” In that paper, I rebutted Scalia's argument about the slippery slope – as well as Chief Justice Roberts’s argument in Obergefell v. Hodges (2015) about the slippery slope from same-sex marriage to polygamy – through sketching five tools that are available in our constitutional practice for getting traction on such slopes.

Some participants in the LAPA seminar objected that Scalia was not really making a classic slippery slope argument, but instead was contending that if moral disapproval alone is not an adequate reason to justify traditional morals legislation – if the Supreme Court is going to put any “bite” into its “rational basis scrutiny” of such legislation – the government will not be able to justify laws prohibiting any of those practices. In other words, any requirement of a good reason to justify these prohibitions effectively decrees “the end of all morals legislation.”

In this paper, I assess this alternative interpretation by doing a “Take Two” on Scalia's warning in Lawrence. I distinguish several versions of the claim that moral disapproval alone is not an adequate justification for traditional morals legislation. I then develop several types of (non-traditional) libertarian, progressive, and liberal arguments that – contrary to Scalia's warning – do provide good reasons to justify prohibitions of most of the types of conduct on his list. These include arguments about preventing harm, prohibiting conduct where we have good reason to fear lack of consent, protecting institutions worth protecting, and securing the status and benefits of equal citizenship for all." 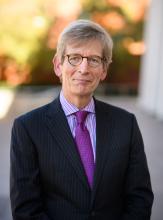 James E. Fleming *88 is The Honorable Paul J. Liacos Professor of Law at Boston University School of Law, where he teaches courses in constitutional law, jurisprudence, torts, and remedies. He is author or co-author of several books, including most recently Fidelity to Our Imperfect Constitution: For Moral Readings and Against Originalisms(2015); Ordered Liberty: Rights, Responsibilities, and Virtues (2015) (with Linda C. McClain) and American Constitutional Interpretation (5th ed., 2014) (with the late Walter F. Murphy and Stephen Macedo of Princeton University and Sotirios Barber). Fleming is the newly-elected president of the American Society for Political and Legal Philosophy. He previously served as editor for four volumes of Nomos, the annual book of the Society. He received a Ph.D. in Politics from Princeton University and a J.D. from Harvard Law School after earning his A.B. at University of Missouri. Before becoming a law professor, he spent five years as a litigator. He also spent a year as a Faculty Fellow in Ethics in the Harvard University Center for Ethics and the Professions (now the Safra Center). At Princeton, he will work on a book on contemporary controversies over law and morality, focusing on the appropriate scope of the enforcement and promotion of morals and public values.