Abstract:  "Is liberal democracy safe within the European Union? Certainly Europe’s Founding Fathers thought so. They saw the integration as a symbolic act of “coming together” by the states in order to bring prosperity, reconciliation and peace to the war-ravaged continent. There was a feeling that for a peaceful Europe to have a chance, national democracies had to be constrained from the outside. My paper argues that the politics of resentment currently engulfing Poland pose an existential threat to the European Union’s core values of the rule of law and democracy. For the first time in the history of European integration, liberal constitutionalism with checks and balances, respect for human rights and tolerance for the Other do not animate constitutions of the EU’s Member States. Cases of Hungary and Poland (and elsewhere, South America and more recently, the United States) suggest  a new worrying pattern of the erosion of constitutional democracies. I argue that even though there is no easy fix here, law does not have to be abused at will by new legalistic autocrats. The paper includes proposals responding to the politics of resentment domestically and supranationally and claims that for institutions to have a chance against the politics of resentment, they must be backed up by the "habits of Heart”, civil participation and engagement, both on the European level and back at home."

Due to the length of the paper, you may request an electronic copy from lapaeven@princeton.edu. 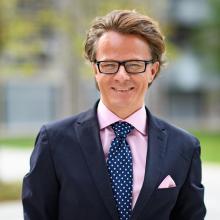 Tomasz T. Koncewicz specializes in strategic litigation before supranational and the constitutional courts and pleaded test cases, on among others, transitional justice, judicial independence, property restitution, right to court, right to privacy and family life, freedom of expression, non-retroactivity of the law, presumption of innocence, registered partnerships and detention incommunicado. Professor Koncewicz writes extensively on constitutional law, constitutionalism, EU law, human rights, the role of courts in the process of European integration and procedural law. He has authored more than 200 papers and nine books, most recently, Law with the Human Face (2015). His extensive experience in European law includes serving as the référendaire at the Court of the EU in Luxembourg, and as the legal adviser to the Office of the Polish Constitutional Court. Recently he was a Fulbright Visiting Professor at University of California, Berkeley, School of Law, where he co-taught comparative constitutional law; 2017 Visiting Professor at the Radzyner Law School at the Interdisciplinary Centre Herzliya, Israel. Professor Koncewicz received law degrees from the University of Wroclaw and Edinburgh, and is also a graduate of the Academy of European Law in Florence and the Europäische Rechts Akademie in Trier ("Defense Counsel before the International Criminal Court"). 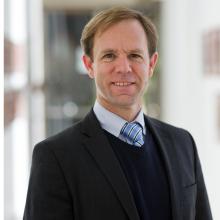 R. Daniel Kelemen is Professor of Political Science and Jean Monnet Chair in European Union Politics at Rutgers University. Kelemen's research interests include the politics of the European Union, law and politics, comparative political economy, and comparative public policy. His most recent book - Eurolegalism: The Transformation of Law and Regulation in the European Union (Harvard University Press, 2011) won the Best Book Award from the European Union Studies Association. He is also author of The Rules of Federalism: Institutions and Regulatory Politics in the EU and Beyond (Harvard University Press, 2004), as well as over forty book chapters and articles in journals including the American Political Science Review, World Politics, International Organization, Comparative Political Studies, West European Politics, Journal of Public Policy and Journal of European Public Policy. He is editor of Lessons from Europe? What Americans Can Learn from European Public Policies (CQ Press, 2014) and co-editor of The European Union: Integration and Enlargement (Routledge, 2014), The Power of the European Court of Justice (Routledge, 2012), and The Oxford Handbook of Law and Politics (Oxford University Press, 2008). He serves on the editorial boards of the Journal of European Public Policy and West European Politics and is a former member of the Executive Committee of the European Union Studies Association. Kelemen previously served as the Director of the Center for European Studies at Rutgers University. Prior to Rutgers, Kelemen was Fellow in Politics, Lincoln College, University of Oxford. He has been a Member of the Institute for Advanced Study at Princeton, visiting fellow in the Program in Law and Public Affairs (LAPA) at Princeton University, a Fulbright Fellow in European Union Studies at the Centre for European Policy Studies in Brussels and a visiting fellow at the Center of International Studies at the Woodrow Wilson School of Public and International Affairs at Princeton University. He was educated at Berkeley (A.B. in Sociology) and Stanford (M.A. and Ph.D. in Political Science).