From Professor Atuahene:  "Between 2011 and 2015, the Wayne County Treasurer completed the property tax foreclosure process for one in four properties in Detroit, Michigan. No other American city has experienced this elevated rate of property tax foreclosures since the Great Depression. Studies reveal that the City of Detroit systematically and illegally inflated the assessed value of most of its residential properties, which led to inflated property tax bills unaffordable to many homeowners. Extraordinary tax foreclosure rates and extensive dispossession resulted. Consequently, Detroit has become a “predatory city”—a new and important sociolegal concept that this Article develops.

Predatory cities are urban areas where public officials systematically take property from residents and transfer it to public coffers, intentionally or unintentionally violating domestic laws or basic human rights. Detroit is not alone. Ferguson, Missouri, New Orleans, Louisiana, and Washington, D.C. are among the other US cities where state actors have used illegal methods to augment public coffers. Although this practice affects many urban areas, US legal scholarship has almost completely overlooked the phenomenon of predatory cities." 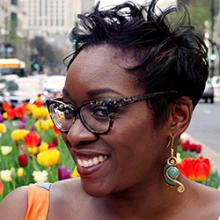 Bernadette Atuahene earned her JD from Yale and her MPA from Harvard.  After graduating, she served as a judicial clerk at the Constitutional Court of South Africa, and then practiced as an associate at Cleary, Gottlieb, Steen & Hamilton in New York.  She is now a law professor at IIT Chicago-Kent College of Law and a Research Professor at the American Bar Foundation and has written extensively about land dispossession.  She has worked as a consultant for the World Bank and the South African Land Claims Commission, and she has also directed and produced an award winning short documentary film about one South African family’s struggle to regain their land. She has been honored with the Fulbright Fellowship, Council on Foreign Relation’s International Affairs Fellowship, and Princeton’s Law and Public Affairs Fellowship. Her first book, We Want What’s Ours: Learning from South Africa’s Land Restitution Program (Oxford University Press, 2014), is based on 150 interviews she conducted with South Africans dispossessed of their land by the colonial and apartheid governments and who received some form of compensation post-apartheid.  In 2015, she won a National Science Foundation Grant for her new book project about land and housing in Detroit.