The Role of Judiciary in Reforming Islamic Law in Non-Muslim Democracies: A Comparison of Israel and Greece

Abstract: "Should a democratic regime formally incorporate religious laws and courts into its otherwise secular legal system? This is not a hypothetical question. Some democratic nations already formally integrate religion-based laws in the field of family law (especially Muslim Family Law-MFL). Although state-enforced MFLs often affect human rights negatively, many governments, especially non-Muslim majority ones, have refrained from direct legislative interventions into substantive MFLs. Instead they have empowered civil courts to play the role of “reformer.” But how successful have civil judiciaries in non-Muslim regimes been in “reforming” Muslim laws? On the basis of an analysis of the MFL jurisprudence of Israeli and Greek civil courts over the last three decades, I argue that civil courts could not have brought about any direct changes in Muslim law, however, they have had an indirect effect by pressuring religious courts/authorities to undertake self-reform." 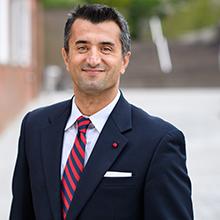 Yüksel Sezgin is the director of the Middle Eastern Studies Program and an associate professor of political science at the Maxwell School of Citizenship and Public Affairs, Syracuse University.   He is a former fellow of the American Council of Learned Societies (ACLS), and currently, serves as a visiting professor at Princeton University's Law and Public Affairs Program (LAPA). He earned his undergraduate and graduate degrees from the University of Ankara, the Hebrew University of Jerusalem, the University of London (SOAS), and the University of Washington. Prior to working at the Maxwell School, he taught at the University of Washington, Harvard Divinity School, and the City University of New York. He has held visiting appointments and fellowships at the Institute for Advanced Study, Princeton University (PIIRS), Columbia University (CDTR), Bielefeld University (ZiF), the American University in Cairo, and the University of Delhi. His research and teaching interests include legal pluralism, comparative religious law (Islamic, Jewish and Hindu), and human and women’s rights in the Middle East, South Asia, and Sub-Saharan Africa. His scholarly articles on comparative law, religion, and politics have appeared in various edited volumes and journals. He is the author of Human Rights under State-Enforced Religious Family Laws in Israel, Egypt and India (Cambridge University Press, 2013). He is currently working on a new book, "Making “Shari‘a” and Democracy Work: The Regulation and Application of Muslim Family Laws in Non-Muslim Democracies" (under contract with Cambridge University Press). He is the recipient of American Sociological Association's Gordon Hirabayashi Human Rights Book Prize (2014), the American Political Science Association's Aaron Wildavsky Dissertation Award (2008), and the Middle East Studies Association's Malcolm H. Kerr Dissertation Award (2008). He is a member of the executive body of the Commission on Legal Pluralism and the associate editor of the Journal of Legal Pluralism. He previously served as a consultant to major international development agencies including the UNDP, UN Women, WHO, and USAID. His commentaries and opinion pieces on Turkish politics and regional affairs have appeared in a wide range of print and online publications including The Washington Post and Al Jazeera English. 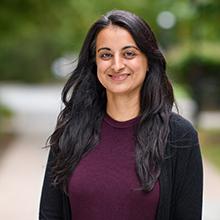 Aziza Ahmed is an internationally renowned expert in health law, criminal law, and human rights. Her scholarship examines the role of science and activism in shaping global and national law and policy with a focus on criminal laws that impact health. She teaches courses in Property Law, Reproductive and Sexual Health and Rights, and International Health Law. Prior to joining Northeastern, Professor Ahmed was a research associate at the Harvard School of Public Health Program on International Health and Human Rights. She came to that position after a fellowship in Women’s Law and Public Policy with the International Community of Women Living with HIV/AIDS.  Professor Ahmed frequently serves as an expert for various UN agencies. She was a member of the Technical Advisory Group on HIV and the Law convened by the United Nations Development Programme from 2009-2012.  She received her B.A. from Emory University, an S.M. from Harvard School of Public Health, and a J.D. from University of California, Berkeley School of Law. 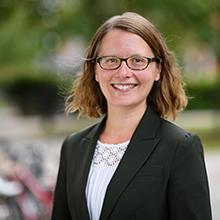 Celeste Arrington specializes in comparative politics, with a regional focus on the Koreas and Japan. Her research and teaching focus on law and social movements, the politics of redress, the media, litigation as a form of political participation, the legal profession in East Asia, policy-making processes, historical justice and transnational activism, North Korean human rights, and qualitative methods.  She is the author of Accidental Activists: Victims and Government Accountability in South Korea and Japan (Cornell University Press, 2016). She received her Ph.D. from the University of California, Berkeley, a Masters in Philosophy from Cambridge, and an A.B. from Princeton University's Woodrow Wilson School of Public and International Affairs.