Searching for Sovereignty? A Closer Look at Sovereignty, with a Focus on the Constitutional Relationship Between Great Britain and the Pre-Revolutionary North American Colonies

From Sionaidh:  "Brexiteers have sometimes cited the American revolution as inspiration for Britain’s separation from the EU. The suggestion is of independence, of liberty from an oppressor. However, a perhaps more apposite association between Brexit and American independence is that in both cases Britain insisted on asserting a sovereignty it could not clearly justify or explain. British legislation taxing American colonies asserted a sovereignty to impose that law, and enforce it coercively. American colonists denied that sovereignty. So whatever else it might have been about, at the centre of the American revolution was a dispute about law, sovereignty and the correct application of the British Constitution.  I examine the legal and historical precedents for this. My argument is based on two contentions. First, that great ambiguity existed as to the constitutional status of the American colonies. Second, that there also existed ambiguity as to the British Constitution and over the status of parliamentary sovereignty in Britain in the mid 18th century. Britain lost the American colonies because it asserted a sovereignty of legislation over America that it could not justify. (I expand this thesis more widely in my ongoing work Brexit and British Constitutional Unsettlement, to argue that this uncertainty over sovereignty also extended to the UK’s relations with Scotland, Ireland, Europe and the British Empire)." 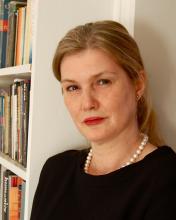 Sionaidh Douglas-Scott is Anniversary Chair in law at Queen Mary University of London and formerly Professor of European and Human Rights law at Oxford university.  She has a broad range of legal interests but specialises in public law, human rights and legal theory, often looking to context, and to historical and comparative perspectives to inform her work. She has been widely involved in Brexit debates, and was twice special advisor to the Scottish Parliament Brexit enquiry. She is currently at work on a project on Brexit and British constitutional unsettlement. This project investigates the impact of Brexit on a Constitution already ‘unsettled’, but also locates Brexit in the broader context of historically significant events - such as the loss of former US colonies and British Empire, and the place of Scotland and Ireland in the Union. Her LAPA project, on British Sovereignty and the loss of the North American colonies, is part of this wider project.