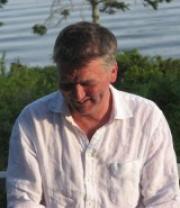 While at LAPA
Aidan O'Neill is a Queen's Counsel (QC), Edinburgh and London, and he will be the inaugural University Center for Human Values (UCHV)/LAPA Fellow in Law and Normative Inquiry. O'Neill is qualified to appear as counsel in Scotland, as well as in the courts of England and Wales. He practices law in both jurisdictions, and over the past twenty years has established a public law/commercial practice involving a significant element of legal advice and court appearances on issues of European law, particularly in the fields of human rights, private international law, commercial contract, and employment and discrimination law. He has appeared as senior counsel before the European Court of Justice, the Judicial Committee of the Privy Council, the House of Lords, the Court of Session (Inner and Outer House), and the High Court of England & Wales. Since taking silk in Scotland in 1999, he has maintained a strong profile in discrimination and employment law issues, while his practice has continued to develop in the area of judicial review, (notably in relation to prisoners' rights) as well as in issues of constitutional law post-devolution. He has a particular interest in the inter-relationship between EU law, human rights law and domestic law.

In addition to law degrees from the universities of Edinburgh (LL.B. (Hons.)(First Class)) and of Sydney, Australia (LL.M. (Hons.)(First Class)), Aidan O'Neill also holds a Masters degree in European and International Law from the European University Institute, Florence. He has written three legal textbooks to date: EC for UK Lawyers, a guide to the continuing impact which EU law has on a wide variety of domestic fields of UK legal practice; Decisions of the European Court of Justice and their Constitutional Implications, a survey of the manner in which the European Court of Justice created the conditions for a European constitution and has transformed the UK constitution; and Judicial Review in Scotland: A Practitioner's Guide. He has also contributed chapters to a number of legal books, and is the author of many talks and articles in academic journals —including Public Law, Modern Law Review, Common Market Law Review, Edinburgh Law Review, Northern Ireland Legal Quarterly and Legal Studies — dealing, in the main, with issues of human rights, constitutional law and EU law.

While at Princeton, he will be concerned with topics involving more general normative inquiry and, reflecting on his experience in legal practice, will conduct research into the interaction between law, politics and religion, and will concentrate, particularly, on the relationship between Christianity and democracy and on the law-morals debate/divide.