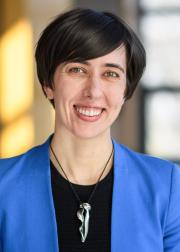 Alisha C. Holland is an Assistant Professor of Politics. She studies the comparative political economy of development, with a focus on Latin America, urban politics, and social policy. Her book, Forbearance as Redistribution: The Politics of Informal Welfare (Forthcoming, Cambridge Studies in Comparative Politics), examines why and when governments tolerate legal violations by the poor, such as squatting, street vending, and basic service theft. She has ongoing projects on redistribution and inequality, migration, infrastructure, and corruption. Her research has appeared or is forthcoming in the American Journal of Political Science, American Political Science Review, Comparative Political Studies, and Latin American Research Review.

She received her undergraduate degree from Princeton in 2007 and her Ph.D. in political science from Harvard in 2014.