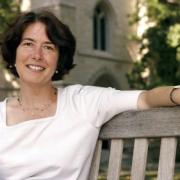 Dean of Religious Life and the Chapel

The Rev. Dr. Alison L. Boden is Dean of Religious Life and of the Chapel at Princeton University, a position she has held since August 2007.  Previously, she served twelve years as Dean of Rockefeller Memorial Chapel and Senior Lecturer in the Divinity School at the University of Chicago, and as co-chair of its Human Rights Program board.

Dean Boden is an ordained minister in the United Church of Christ and served as the Protestant chaplain at Union College as well as the University Chaplain for Bucknell University before joining the University of Chicago in 1995.  She received her A.B. in drama from Vassar College, her M.Div. at Union Theological Seminary and her Ph.D. from the University of Bradford in the United Kingdom.  She has authored numerous articles and chapters on religion in addition to a book, Women’s Rights and Religious Practice (Palgrave 2007).

At Princeton and Chicago, her course offerings have included such topics as religion and human rights, the rights of women, and religion and violence.  She has participated in a variety of capacities with numerous non-governmental organizations, including Religions for Peace, the Institute for Global Engagement, UNFPA, the Parliament of the World’s Religions, and the Carter Center, particularly on the topic of women of faith as intentional agents of peace-building and security.