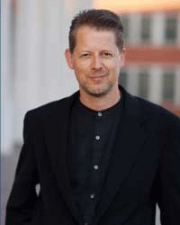 Andrew Moravcsik is Professor of Politics and Director of the European Union Program at Princeton University. He has published more than 125 scholarly publications, including four books, which examine European integration, international law and organization, human rights, global power analysis, international relations theory, the democratic legitimacy of global governance, qualitative and historical methods, and other topics. His history of the EU, The Choice for Europe, has been called "the most important work in the field.” He was recently awarded the Stanley Kelley Teaching Award from Princeton University. He has served in policy positions as trade negotiator for the US Government, assistant to the Deputy Prime Minister of South Korea, and press assistant at the European Commission—as well as on numerous policy commissions. Since 2006 he has been Senior Fellow of the Brookings Institution. He is Book Review Editor at Foreign Affairs, has published over 100 policy commentaries and analyses, and served as editor-in-chief of a Washington foreign policy journal and Contributing Editor of Newsweek, He has worked at research institutes in France, Italy, Britain, and, most recently, China. His commentary and scholarly research on opera have appeared in Financial Times, New York Times, Opera Quarterly, Opera and elsewhere. His website is www.princeton.edu/~amoravcs.