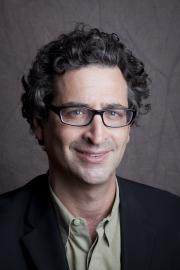 While at LAPA
Anthony J. Sebok is Centennial Professor of Law at Brooklyn Law School. He teaches Torts, Jurisprudence, Comparative Products Liability and Remedies. He received a B.A. in Philosophy from Cornell University, an M.Phil. in Politics from Oxford University, a J.D. from Yale Law School, and a Ph.D. in Politics from Princeton University. He is the author of Legal Positivism in American Jurisprudence (1998) and coauthored Tort Law: Responsibilities and Redress (2004) with John Goldberg and Benjamin Zipursky. His articles on jurisprudence and torts have appeared in various journals, including the Michigan Law Review, the Southern California Law Review and the Vanderbilt Law Review. In 2004 he co-edited a symposium for the Boston University Law Review on the jurisprudence of slavery reparations. He was a Berlin Prize Fellow at the American Academy of Berlin in 1999 and the DAAD Visiting Professor of Law at the Freie Universit

Betting on Tort Suits After the Event:  From Champerty to Insurance 60 Depaul L. Rev. __ (2011) (forthcoming) (symposium on uncertainty in tort law)