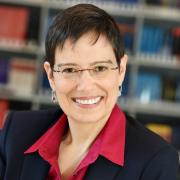 Home Institution, The Max Planck Institute for the Study of Ethnic and Religious Diversity

Ayelet Shachar is Director at the Max Planck Institute for the Study of Religious and Ethnic Diversity, where she heads the Ethics, Law, and Politics Department at the Institute. Before joining the Max Planck Society, Shachar held the Canada Research Chair in Citizenship and Multiculturalism at the University of Toronto Faculty Law, and was also the Leah Kaplan Visiting Professor in Human Rights at Stanford Law School and the Jeremiah Smith Jr. Visiting Professor at Harvard Law School. She earned her LL.M. and J.S.D from Yale University.

Shachar is the author of

The Birthright Lottery: Citizenship and Global Inequality (Harvard University Press, 2009)— named 2010 International Ethics Notable Book in recognition of its “superior scholarship and contribution to the field of international ethics,” and the lead editor of the

Oxford Handbook of Citizenship (Oxford University Press, 2017), which received advance praise as “the definitive source on a critical concept in political and social life. Innovative in its conception and authoritative in its execution,” as well as over seventy-five articles and book chapters on citizenship theory, immigration law, multiculturalism and women’s rights, family law and religion in comparative perspective, highly skilled migration, the shifting border and global inequality. Her work has been published in venues such as Ethics & International Affairs, Journal of Political Philosophy, Yale Law Journal, Harvard Civil Rights-Civil Liberties Law Review, Citizenship Studies, Perspectives on Politics, The University of Chicago Law Review, Yale Journal of Law & the Humanities, Political Theory, and Philosophy & Social Criticism. She is the recipient of excellence awards in three different countries (Canada, Israel, and the United States), the most recent of which was awarded to her by the Migration & Citizenship Section of the American Political Science Association.

Shachar was a Fulbright Fellow at Yale Law School, Emile Noël Senior Fellow at NYU School of Law, and Member of the Institute for Advanced Study, Princeton. She is an elected member of the AMIAS board of trustees and serves on the editorial boards of five peer-reviewed journals in her field. Shachar has delivered keynotes and public lectures worldwide and has provided pro-bono expert consultation to judges, governmental commissions, the European Parliament and the World Bank, as well as non-governmental organizations specializing in citizenship, immigration and religious toleration. Her work has proven influential in public policy debates. It has been cited, for example, by England’s Archbishop of Canterbury and the Supreme Court of Canada.

In 2014, she was peer-elected Fellow of the Royal Society of Canada (FRSC) – the highest academic accolade in that country. In 2015, she joined the Max Planck Society as Director and Scientific Member of the Max-Planck-Gesellschaft. In 2017, she was named Member of the Göttingen Academy of Sciences and Humanities (Akademie der Wissenschaften zu Göttingen) – Germany’s oldest academy of sciences and humanities.