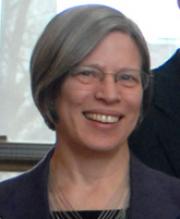 While at LAPA
Carol A. Heimer is Professor of Sociology at Northwestern University and Senior Research Fellow at the American Bar Foundation. She received her BA from Reed College and her PhD from the University of Chicago. Heimer has written on risk and insurance (Reactive Risk and Rational Action), organization theory (Organization Theory and Project Management), the sociology of law and the sociology of medicine (For the Sake of the Children, winner of both the theory and medical sociology prizes of the American Sociological Association). A recipient of the Ver Steeg Award for graduate teaching, she usually teaches courses on law, medicine, and qualitative methods, though a recent seminar delved into the sociology of moral experience. During her year at Princeton, she will write a book from her NSF-funded comparative study of the role of law in medicine. In recent years, American medicine has been "legalized" as relatively informal regulation by professional peers has been supplanted by an increasingly rule-based system. By no means confined to the US, this rule-based regulation has diffused widely, sometimes freely adopted by medical workers eager for the legitimacy conferred by American medical science, at other times imposed on foreign scientific colleagues by American funding agencies and research organizations. The Legal Transformation of Medicine will be grounded in ethnographic work and interviews on the use of rules (broadly conceived) in HIV/AIDS clinics in the US, Uganda, South Africa, and Thailand.