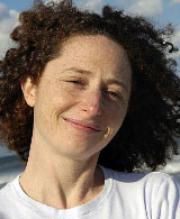 In the summer of 2009, Debbie completed her sociology dissertation: "Valuing Property: Eminent Domain for Urban Redevelopment, Philadelphia 1992-2007.” She investigates how Philadelphia creates and implements plans to use eminent domain for private redevelopment and how stakeholders (politicians, bureaucrats, residents, activists, and business-owners) distinguish between eminent domain’s use and abuse. This is the first comprehensive, empirical study of an American city’s contemporary use of eminent domain for private redevelopment. The project illustrates how governments and citizens meet the dilemmas involved in government action to guide failed markets. The project illuminates complex, as yet unappreciated, ways Americans employ different values of property.

As an undergraduate, Debbie concentrated on theoretical mathematics, but her studies also veered toward the humanities, as she looked for different disciplinary approaches to understanding social inequalities. In 1991, Debbie was awarded her bachelor’s degree from the University of Virginia, moved to Tucson, Arizona, and immersed herself in direct social-service. She got her initial experience managing individual cases at a prisoners’ release center and performed crisis-work and counseling at battered women’s shelters. Debbie later transitioned to the women’s shelters’ administration, where she created and managed volunteers, staff-training, and donation programs. With training and practice, Debbie became a skilled facilitator of strategic planning and conflict resolution for various nonprofit groups, and was solicited as a private consultant for numerous boards of directors. Debbie also helped administer small grants program and provide technical assistance for grassroots groups involved in community-building. In what seemed like a disconnected interest in residential construction until she found her dissertation topic, Debbie also secured employment for a few years with a small home builder and eventually supervised the construction of a custom-designed passive-solar home.

In 2002, Debbie’s return to academia, through Princeton’s Ph.D. program in sociology, allowed her to focus her divergent talents and interests toward a research agenda on intersections among law, property, and local government. The legal issue of eminent domain has provided her an ideal, focused entrée into the complexities of development debates. Debbie’s dissertation work has been awarded numerous grants and fellowships. During the 2008-2009 academic year, she will complete her dissertation as a resident fellow with the Brookings Institution, Metropolitan Policy Program and as an American Fellow of the American Association of University Women. At Princeton, Debbie’s dissertation work has won multiple interdisciplinary awards: American Studies Graduate Prize (2007-08), Society of Woodrow Wilson Scholars fellow (2006-08), and Graduate Prize Fellow with the Center for Human Values (2006-07). She has also been awarded dissertation support from the Department of Housing and Urban Development, the National Science Foundation, the Hauser Center for Nonprofit Organizations at Harvard, the Policy Research Institute on the Region at Princeton, the Princeton/Yale Arthur Liman fellowship, and the Princeton Global Network on Inequality. In 2005, she passed her qualifying exams, with distinction, in inequality, race, and political sociology. In 2006, she successfully defended her dissertation proposal and completed her Ph.D. in 2009.

A Moral Code in Property Politics: Investments and Returns in Eminent Domain for Private Redevelopment, Philadelphia 1992-2007

Debbie is currently revising her dissertation, Valuing Property: Eminent Domain for Urban Redevelopment, Philadelphia 1992-2007, for publication as a book about the social meaning of real property. The exceptional act of taking property exposes a moral code operating in many other situations. This moral code of real property, which attempts to match returns to investments, guides individual and organizational action in the contemporary urban United States, but it is not yet described by legal, political, and economic scholarship. This project reveals how institutions and individuals employ this code to resolve tensions between public and private interests.

In the first comprehensive study of a city’s eminent-domain acquisitions, Debbie explores which properties the city pursues for private redevelopment and how stakeholders decide that government actions are either a use or abuse of power. A quantitative overview of citywide practice combines originally collected data on eminent domain with City of Philadelphia and U.S. Census data on properties and neighborhoods, showing that eminent domain has been largely uncontroversial though fairly common (approximately 7,000 properties and 400 development projects pursued from 1992 to 2007). Case studies of two controversial development projects probe more deeply into the porous and shifting boundary between desirable and undesirable government action. Readers follow these projects through planning and implementation, with evidence from public records, documents on file in offices of the Mayor and the Redevelopment Authority, and interviews with residents, business owners, community leaders, government representatives, attorneys, and appraisers. Though in moments of conflict those opposing eminent domain employ an idea of property security as possession (“what’s mine is mine and what’s your is yours”), more flexible approaches to property governance are more common.

Property-governing institutions enforce a moral code trying to value and reward property investment – including emotional, financial, temporal, and cognitive investment. Written rules, public claims, and individual practices aim to ensure that the social environment provides returns to investments of all kinds in a fairly equitable manner. Dissatisfaction and claims of public wrongs arise not when or because government threatens property titles. They arise instead when property-governing institutions fail to meet the task of enforcing this more complex and evasive moral code. The accounts in this book explore specifically how problems related to uncertainty and communications cause these institutional failures that emerge in public discourse as violations of property security as possession.

Nationally competitive fellowship for public policy analysts, humanists, and social scientists who received their Ph.D. or J.D. within the last ten years. Awarded to eight scholars showing promise of becoming leaders in their field, especially those who work on multidisciplinary topics.

Nationally competitive fellowship for 97 women writing dissertations in any field.

Awarded to one advanced Princeton graduate student for excellent work on a dissertation in American Studies.

Fellowship given to eight Princeton graduate students in any discipline for dissertations that contribute to our understanding of ethics and human values.

Becher, Debbie. Forthcoming 2010.  “The Participant's Dilemma: Bringing Conflict and Representation Back In” International Journal of Urban and Regional Research.