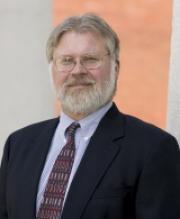 Douglas S. Massey has served on the faculties of the University of Chicago and the University of Pennsylvania. His research focuses on international migration, race and housing, discrimination, education, urban poverty, and Latin America, especially Mexico. He is the author, most recently, of Return of the L-Word: A Liberal Vision for the New Century (Princeton University Press, 2005) and Strangers in a Strange Land: Humans in an Urbanizing World (Norton, 2005). He is a member of the National Academy of Sciences, the American Academy of Arts and Sciences, and the American Philosophical Society. He is currently president of the American Academy of Political and Social Sciences and past-president of the American Sociological Association and the Population Association of America. Ph.D. Princeton University.