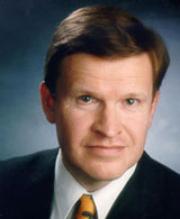 Harold James, who holds a joint appointment as Professor of International Affairs in the Princeton School of Public and International Affairs, studies economic and financial history and modern German history. He was educated at Cambridge University (Ph.D. in 1982) and was a Fellow of Peterhouse for eight years before coming to Princeton University in 1986. His books include a study of the interwar depression in Germany, The German Slump (1986); an analysis of the changing character of national identity in Germany, A German Identity 1770-1990 (1989) (both books are also available in German); and International Monetary Cooperation Since Bretton Woods (1996). He was also coauthor of a history of Deutsche Bank (1995), which won the Financial Times Global Business Book Award in 1996, and he wrote The Deutsche Bank and the Nazi Economic War Against the Jews (2001). His most recent works are The End of Globalization: Lessons from the Great Depression (2001), which is also available in Chinese, German, Greek, Japanese, Korean, and Spanish, and Europe Reborn: A History 1914-2000 (2003). Forthcoming publications are: The Roman Predicament: How the Rules of International Order Create the Politics of Empire (2006) and Family Capitalism: Wendels, Haniels and Falcks (2006; also available in German). In 2004 he was awarded the Helmut Schmidt Prize for Economic History, and in 2005 the Ludwig Erhard Prize for writing about economics. He is Chairman of the Editorial Board of World Politics.

Publications:
The Roman Predicament: How the Rules of International Order Create the Politics of Empire by Harold James
(Princeton University Press, 2006)

Modern America owes the Roman Empire for more than gladiator movies and the architecture of the nation's Capitol. It can also thank the ancient republic for some helpful lessons in globalization. So argues economic historian Harold James in this masterful work of intellectual history.

The book addresses what James terms "the Roman dilemma"--the paradoxical notion that while global society depends on a system of rules for building peace and prosperity, this system inevitably leads to domestic clashes, international rivalry, and even wars. As it did in ancient Rome, James argues, a rule-based world order eventually subverts and destroys itself, creating the need for imperial action. The result is a continuous fluctuation between pacification and the breakdown of domestic order.

James summons this argument, first put forth more than two centuries ago in Adam Smith's Wealth of Nations and Edward Gibbon's Decline and Fall of the Roman Empire, to put current events into perspective. The world now finds itself staggering between a set of internationally negotiated trading rules and exchange--rate regimes, and the enforcement practiced by a sometimes-imperial America. These two forces--liberal international order and empire--will one day feed on each other to create a shakeup in global relations, James predicts. To reinforce his point, he invokes the familiar bon mot once applied to the British Empire: "When Britain could not rule the waves, it waived the rules."

Despite the pessimistic prognostications of Smith and Gibbon, who saw no way out of this dilemma, James ends his book on a less depressing note. He includes a chapter on one possible way in which the world could resolve the Roman Predicament--by opting for a global system based on values as opposed to rules.