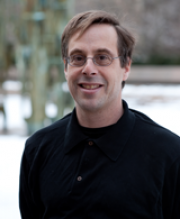 While at LAPA
Harry Litman is the immediate past United States Attorney for the Western District of Pennsylvania. He received his bachelors from Harvard University and his J.D. from the University of California, Berkeley, where he was editor-in-chief of the Law Review. Following law school, he served as a law clerk to Judge Abner Mikva, Justice Thurgood Marshall, and Justice Anthony Kennedy. He thereafter worked in private practice in Pittsburgh and then became a federal prosecutor in the Northern District of California. From 1993-1998, he was Deputy Assistant Attorney General in the Department of Justice, Office of Policy Development. He became United States Attorney in 1998 and served in that position until 2001. In July 2000, he was nominated to a federal judgeship on the United States District Court. He has been an adjunct professor at the law schools of the University of California, Berkeley, Georgetown University, and the University of Pittsburgh, and he has published a number of articles on criminal law, federalism, and constitutional interpretation. While at Princeton, he will be working on a theoretical article on prosecutorial discretion and an empirical article analyzing arrests for drug crimes, and he will also teach a seminar on the nature and scope of the federal criminal law.