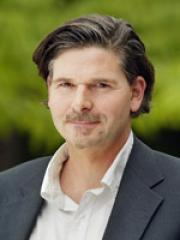 Jan-Werner Müller is a Professor of Politics at Princeton University, and also serves as Founding Director of the Project in the History of Political Thought.  His latest publications are Contesting Democracy: Political Ideas in Twentieth-Century Europe (Yale, 2011) and Wo Europa endet: Brüssel, Ungarn und das Ende der liberalen Demokratie (Suhrkamp, 2013).  He is at work on a new history of the idea of ‘Christian Democracy’ as well as a book on populism.  His public affairs commentary appears in Foreign Affairs, The Guardian, Süddeutsche Zeitung, and the London Review of Books, among others.