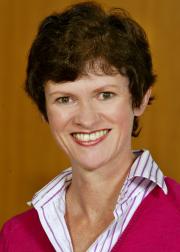 Janet McLean is a public and administrative lawyer. Before returning to Auckland she held the Chair in Law and Governance at the University of Dundee. She has held visiting fellowships at Woodrow Wilson School of Politics and International Affairs and the Program in Law and Public Affairs, Princeton University (2009), and at The Australian National University (2001) and was the George P. Smith Distinguished Visiting Professor at Indiana University at Bloomington (2003). She has acted as an advisor to the NZ government serving on the Legislation Advisory Committee and on a ministerial inquiry into Human Rights Protection in New Zealand (2000). Her research interests include the public private distinction, the nature of the Crown, and Bills of Rights. She is currently completing a monograph entitled Searching for the State in British Legal Thought (Cambridge University Press). With Dame Alison Quentin–Baxter she is working on a Law Foundation funded project about the Queen and Governor-General in Right of New Zealand.