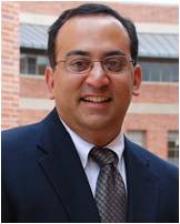 While at LAPA
John M. de Figueiredo is an Associate Professor at the Sloan School of Management at the Massachusetts Institute of Technology (MIT), a Faculty Research Fellow at the National Bureau of Economic Research, and the John M. Olin Visiting Senior Fellow in Law and Economics at Harvard Law School. He earned an A.B. from Harvard University, an M.Sc. from the London School of Economics, and a Ph.D. from the University of California, Berkeley. Between graduate degrees, he worked as a consultant for Monitor Company in Europe. His research interests include interest group behavior, political economy, corporate nonmarket strategy, and law and economics. His papers have appeared in the Journal of Law and Economics, the American Law and Economics Review, the Journal of Economic Perspectives, and other scholarly journals and books. While at Princeton, he will explore how judicial review of administrative agency decisions affects the lobbying behavior of interest groups in the bureaucracy.