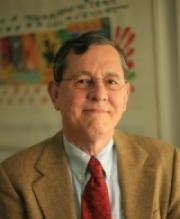 John Cooper is Henry Putnam University Professor of Philosophy and author of Reason and Human Good in Aristotle, which was awarded the American Philosophical Association's Franklin Matchette Prize; and two collections of essays, Reason and Emotion: Essays on Ancient Moral Psychology and Ethical Theory (1999) and Knowledge, Nature, and the Good: Essays on Ancient Philosophy (2004). His work in ancient Greek philosophy spans the areas of metaphysics, moral psychology, philosophy of mind, ethics, and political theory. Cooper's papers are published in many collected editions and in scholarly journals such as Philosophical Review, Journal of Philosophy, and Phronesis. He is co-editor of Seneca: Moral and Political Essays, and his edition of Plato: Complete Works came out in 1997. He was President of the American Philosophical Association, Eastern Division (1999-2000), and was Vice-Chair of the association's national Board of Officers (2001-02). He has held research fellowships of the National Endowment for the Humanities, the Guggenheim Foundation, the Center for Advanced Study in the Behavioral Sciences, and the American Council of Learned Societies, and is a Life Member of Clare Hall, Cambridge and Fellow of the American Academy of Arts and Sciences. Before coming to Princeton, Cooper held positions at Harvard University and the University of Pittsburgh. He received his A.B. degree magna cum laude from Harvard College, his B. Phil. from Oxford University, Corpus Christi College, where he was a Marshall Scholar, and his Ph.D. from Harvard University.