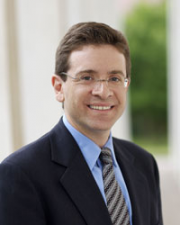 Julian E. Zelizer is the author of Taxing America: Wilbur D. Mills, Congress, and the State, 1945-1975 (1998), On Capitol Hill: The Struggle to Reform Congress and its Consequences, 1948-2000 (2004), Arsenal of Democracy: The Politics of National Security—From World War II to the War on Terrorism (2010), Jimmy Carter (2010), and Conservatives in Power: The Reagan Years, 1981-1989 (2010). He is the editor of New Directions in American Political History (2005), The American Congress: The Building of Democracy (2004), and The Presidency of George W. Bush: A First Historical Assessment (2010) and the co-editor of Rightward Bound: Making America Conservative in the 1970s (2008), The Constitution and Public Policy in America (2008), and The Democratic Experiment: New Directions in American Political History (2003). Zelizer was a Guggenheim Fellow and a Brookings Institution Research Fellow. His first book, Taxing America, was awarded the 2000 Ellis Hawley Prize and the 1998 D.B. Hardeman Prize. In addition to his scholarly articles and book chapters, Zelizer is a frequent commentator in the international and national media on political history and contemporary politics. He has published over two hundred op-eds. He is a co-editor for the Politics and Society in Twentieth Century America series of Princeton University Press, and he serves on the Board of Directors of the Dirksen Congressional Center. Zelizer is currently writing a book about the history of the Great Society that will be published by Penguin Books, a collection of essays about the field of U.S. political history that will be published by Princeton University Press, and co-editing a book on the history of business and politics since World War II that will be published with Oxford University Press. The History News Network named Professor Zelizer as one of the top young historians in the country. He has received fellowships from the Brookings Institution, the Guggenheim Foundation, and the Russell Sage Foundation. The Public Policy Section of the American Political Science Association has awarded its 2010 Policy Studies Best Paper Award to Julian Zelizer and Eric Patashnik (University of Virginia). Their paper, When Policy Does Not Remake Politics: The Limits of Policy Feedback, was named the best policy studies paper presented at the 2009 Annual Meeting. Ph.D. The Johns Hopkins University.