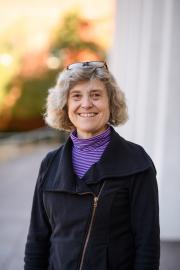 Kathryn Abrams is Herma Hill Kay Distinguished Professor of Law at UC Berkeley, where she teaches in the areas of feminist legal theory, constitutional law, law and social movements, and law and the emotions. Her work has appeared in Yale Law Journal,Columbia Law Review, California Law Review, Law and Philosophy, Law and Social Inquiry, and Nomos, among others. She is the editor of two special issues:  “Witness” forWomen’s Studies Quarterly (co-edited with Irene Kacandes, 2008), and “Legal Feminism Now,” for Issues in Legal Scholarship (2011). Her work on feminist theory and activism explores the use of experiential narrative as a form of political and theoretical argumentation, and analyzed expressions of women’s partial agency under circumstances of constraint. These early interests fueled a more recent focus on the role of emotion in legal claims-making and social movement mobilization. Abrams received her undergraduate degree from Harvard and her law degree from Yale. Her current, empirically-based project examines the mobilization of undocumented immigrants in the anti-immigrant state of Arizona. At LAPA she will work on a book analyzing the ways that storytelling, tactics of ‘performative citizenship,’ and strategies of emotion management have enabled participants without formal legal status to emerge as confident, effective legal claims-makers under highly adverse political circumstances.