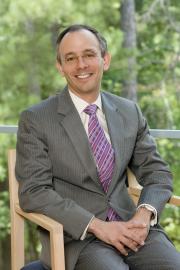 While at LAPA
Laurence R. Helfer is Professor of Law and Lloyd Tevis Fellow at the Loyola Law School in Los Angeles. His research focuses on International Law, Human Rights, and Intellectual Property. Helfer earned a B.A. from Yale University, a J.D. from the NYU School of Law, and an M.P.A. from Princeton University's Woodrow Wilson School. He clerked for Chief Judge Dolores K. Sloviter. Helfer's many articles include "Overlegalizing Human Rights: International Relations Theory and the Commonwealth Caribbean Backlash Against Human Rights Regimes" (in the Columbia Law Review) and "Designing Non-National Systems: The Case of the Uniform Domain Name Dispute Resolution Policy" (in the William & Mary Law Review). At Princeton, he will work on a project about "Exit, Escape and Commitment in International Governance." He will analyze the mechanisms that enable states to denounce or derogate from their treaty commitments, and investigate how those mechanisms affect the structure of international governance.