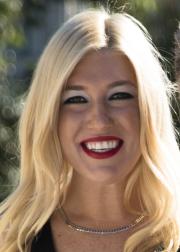 Lauren Coyle Rosen is Assistant Professor of Anthropology at Princeton University. She trained as a cultural anthropologist and as a lawyer. She received a Ph.D. in Anthropology from the University of Chicago (2014) and a J.D. from Harvard Law School (2008). Her research and teaching interests lie at the intersections of legal and political anthropology, comparative spirituality, critical theory, moral economy, epistemology, ethics, subjectivity, psychoanalysis, and symbolic power. Her geographical focus is on Ghana and, more broadly, on Africa and the diaspora, as well as the U.S.  Professor Coyle Rosen has a forthcoming book titled Fires of Gold: Law, Spirit, and Sacrificial Labor in Ghana, an ethnography of the often hidden violence, cultures of casual labor, novel political forms, vital spiritual forces, and transformations in law and sovereign power in the penumbra of Ghana's gold mining -- a signal governmental dilemma and "poisoned chalice" for contemporary Africa. This book will appear in Spring 2020 with the University of California Press, as part of its series, “Atelier: Ethnographic Inquiry in the Twenty-First Century." She is also at work on a second book titled Law in Light: Truth, Vision, and Transnational African Spirituality, an ethnography of the recent revitalization of Akan sacred culture in Ghana and the US. In tracing the recent transnational proliferation of Akan priests and priestesses, the book examines comparative questions regarding the experiential and philosophical dimensions of ritual subjectivity, revelation, and veracity within various states of consciousness. Coyle Rosen's research has been supported by fellowships from several sources, including the U.S. Environmental Protection Agency, Social Science Research Council, American Council of Learned Societies, American Philosophical Society, Wenner-Gren Foundation, Lincoln Institute, Some Institutes for Advanced Study (SIAS), Institute for Global Law and Policy, and Program on the Study of Capitalism at Harvard. Rosen's recent work has appeared in Telos, Transition, and Rethinking Marxism, as well as in an edited volume, Corporate Social Responsibility? Human Rights in the New Global Economy (University of Chicago Press). Her most recent essay, "Fallen Chiefs and Sacrificial Mining in Ghana," appeared in The Politics of Custom: Chiefship, Capital, and the State in Contemporary Africa (University of Chicago Press).