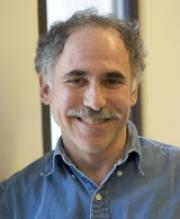 Dr. Lee M. Silver is a professor at Princeton University in the Department of Molecular Biology and the Princeton School of Public and International Affairs. His doctorate is in biophysics from Harvard University. He has published over 180 scientific articles in the fields of genetics, evolution, reproduction, embryology, computer modeling, and behavioral science, and other scholarly papers on topics at the interface of science, society, law, and religion. His current teaching and writing is focused on contemporary debates over the regulation of embryo stem cell research and genetically modified crops, in both domestic and international arenas. These topics are at the core of his recently published book, Challenging Nature: the clash of science and spirituality at the new frontiers of life, (2006, Ecco Press).

Challenging Nature: The Clash of Science and Spirituality at the New Frontiers of Life by Lee Silver
(Harper Collins, Echo (2006)

Biotechnology is arguably the oldest, most widespread, and most powerful of human inventions. Indeed, cows, dogs, apples, tomatoes, corn, and nearly every other living thing that we eat or exploit simply didn't exist until early humans invented them. For many millennia, however, the tools used to manipulate and control life's creative processes for human benefit were crude, and their implementation was opaque. Today, the science of molecular biology brings both precision and transparency to the actual genetic and cellular modifications that modern biotechnologists can accomplish. But ironically, to practitioners, biotechnology is more contentious than ever.

In Challenging Nature, Professor Silver argues that fear and loathing arise from deeply rooted, cultural-religious convictions in the existence of real and proscribed limits to human knowledge and power over the natural world. Molecular biology -- as a field of knowledge -- challenges traditional belief in animating spirits. More significantly, biotechnology -- the practical child of molecular biology -- gives 'man' nearly-unlimited power as a God-like animator who can alter and create new forms of life. In different cultural milieus, however, spiritual beliefs confer acceptance or rejection of different realms of biotechnological application.

Catholic and Protestant fundamentalists -- who believe human beings alone are ensouled by God at conception -- reject embryo stem cell research as murder, but are generally supportive of agricultural biotechnology. Meanwhile, many post-Christian Europeans and Americans have transferred their spiritual allegiance from a God in heaven to a fuzzy Mother Nature goddess within the biosphere below. Tinkering with plant genes is imagined, however unconsciously, as an attack on "Her" sovereignty. On the surface, fundamentalists and post-Christian organic food devotees seem to have little in common. Yet, both kinds of minds are formed within monotheistic Western cultures where the maxim against "playing God" is deeply embedded. In contradistinction, "playing God" has no meaning in cultures molded by Eastern spirituality, where neither a Master of the Universe nor a "Master Plan" exist, and where every spirit is transcendent, eternal, self-determining and self-evolving. As a result, in the short term, Asian countries are poised to leap ahead of the West in all contentious realms of biotechnology.

In the long term, biotechnology and rational control over the biosphere will be required to protect humanity and to develop a system of life on which our descendants can depend for sustenance and spiritual comfort. And slowly, inevitably, over centuries or millennia, Human Nature will remake all of Mother Nature -- domesticated and wild -- in the image of the idealized world that exists within our own minds, which is what most people have always wanted.