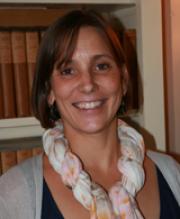 Lisa L. Miller is an Associate Professor of Political Science at Rutgers University. Her research interests are in law and social policy, constitutionalism, inequality and crime and punishment. Her most recent book, The Perils of Federalism: Race, Poverty and Crime Control (Oxford, 2008), explored the relationship between the peculiar style of American federalism and the substantial inequalities in criminal victimization and punishment across racial groups in the U.S. She has written extensively on the development of crime and justice policy and legal frameworks in the U.S. with her work appearing in law and public policy journals. She is coming to Princeton from a year as a Visiting Fellow at All Souls College at the University of Oxford where she is working on a book project on comparative democratic systems, crime and punishment. Professor Miller received her Ph.D. from the University of Washington. At Princeton, she will be working on a project entitled “In Defense of Mob Rule? Violence, Punishment and Democracy in Comparative Perspective.”