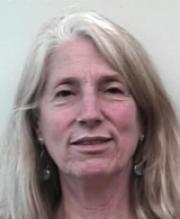 Margaret Jane Radin is William Benjamin Scott and Luna M. Scott Professor of Law at Stanford Law School and she will be the Microsoft-LAPA Fellow in 2006-2007. She received her A.B. from Stanford University, her M.F.A. from Brandeis University in History of Music, and her J.D. from the University of Southern California. She also received an honorary LL.D. from IIT/Chicago-Kent School of Law. One of the country's major property theorists, Radin currently specializes in contract, intellectual property, and the jurisprudence of cyberspace. She is a former director of Stanford Law School's Program in Law, Science and Technology and the founder of its Center for E-Commerce. Radin is the co-author of a casebook, Internet Commerce: the Emerging Legal Framework (Foundation Press 2d ed. 2006), and the author of Contested Commodities (Harvard University Press 1996) and Reinterpreting Property (University of Chicago Press 1993). Her many articles focus primarily on the limits of markets; the rule of law; and the philosophical underpinnings of property and contract, most recently as they are evolving in the networked digital environment. While at Princeton, Radin will work on a book about the role of contract in the online world, as well as a project aiming to illuminate core issues of patent law by juxtaposing them with issues in the philosophy of language.
Publications:
"Copyright Defection." 15 Industrial and Corporate Change 981-993 (2006).

(with Madhavi Sunder), "The Subject and Object of Commodification," in Martha Ertman & Joan Williams, eds., Rethinking Commodification: Cases And Readings In Law And Culture (2005).