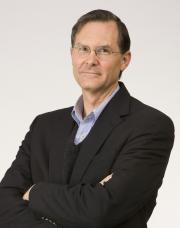 While at LAPA
Mark Brandon is Professor of Law and Political Science at Vanderbilt University, where he is also Director of the Law School's Program in Constitutional Law and Theory. His scholarship focuses on problems of constitutionalism. He is the author of a book, Free in the World (Princeton University Press), on American slavery and constitutional failure. He has also written on secession, federalism, limits to the amending power, and war in the American constitutional order. He received his Ph.D. from Princeton University, M.A. from University of Michigan, and J.D. from University of Alabama. His current scholarship investigates relations among family, law, and constitutional order in the United States. The project studies the ways in which family might participate in creating, maintaining, and changing a constitutional order, how the order might try to shape or use family, and how effective law can be in achieving either goal. At LAPA Brandon will be writing a book on the constitutional status of family based upon this research.