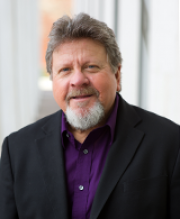 Michael McCann is Gordon Hirabayashi Professor for the Advancement of Citizenship at the University of Washington, where he founded the Universityï¿½s Comparative Law and Society Studies (CLASS) Center and the undergraduate Law, Societies, and Justice program. He recently served as chair of the Political Science Department, and is also a board member for the Harry Bridges Center for Labor Studies and the UW Center for Human Rights as well as an Adjunct Professor in the Law School. He is a recipient of the universityï¿½s Distinguished Teaching Award. Professor McCann has published widely in scholarly journals has both authored and edited several books. Two of these books, Rights at Work: Pay Equity Reform and the Politics of Legal Mobilization (1994) and Distorting the Law: Politics, Media, and the Litigation Crisis (with Bill Haltom)(2004) have between them won six major book awards from professional academic associations, including the Herbert Jacob Book Prize from the Law & Society Association and C. Herman Pritchett Prize from the Law and Courts Section of the American Political Science Association. Professor McCann has held previous fellowships from the Japanese Society for the Promotion of Science in 1998, and from the Guggenheim Foundation in 2007-2008. He has served in many capacities in the Law & Society Association and was elected President for the 2011-2013 term. He is presently working on two books in collaboration with colleagues. One, titled, A Union by Law: Filipino Cannery Workers and the Transpacific Struggle for Equal Rights, 1921-1991, has been funded with a grant from the National Science Foundation. A second book has the working title of Legal Mobilization: On the Dialectics of Rights Politics in Historical Perspective.