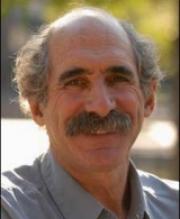 His interests include science and policy of the atmosphere, particularly climate change and its impacts. His earth system research explores the potential effects of global warming, including the consequences of warming for the major ice sheets and sea level, ecosystems and species, and the nitrogen cycle. His policy research explores ways to interpret and implement the objective of avoiding "dangerous anthropogenic interference" with the climate system. The role played by nongovernmental organizations in the policy arena, alternative approaches to decision-making on problems of global change, and the potential value of precautionary frameworks inform his investigations. He serves as a lead author of the Fourth Assessment Report of the Intergovernmental Panel on Climate Change and is a member of the National Research Council's Panel on Climate Variability and Change. He is also a science advisor to Environmental Defense.

In the late 1980's, Dr. Oppenheimer and a handful of other scientists organized two workshops under the auspices of the United Nations that helped precipitate the negotiations that resulted in the United Nations Framework Convention on Climate Change (signed at the 1992 Earth Summit) and the Kyoto Protocol. He is also a co-founder of the Climate Action Network.

Recently, he has served as a lead author of the Third Assessment Report of the Intergovernmental Panel on Climate Change. He is also a lead author on the Fourth Assessment Report. He served on the National Research Council's Panel on the Atmospheric Effects of Aviation and currently serves on the NRC's Panel on Climate Variability and Change and on several university and institutional advisory boards.

Prior to his position at Environmental Defense, [where he still serves as Science Advisor], Dr. Oppenheimer served as Atomic and Molecular Astrophysicist at the Harvard-Smithsonian Center for Astrophysics and Lecturer on Astronomy at Harvard University. He received an S.B. in chemistry from M.I.T., a Ph.D. in chemical physics from the University of Chicago, and pursued post-doctoral research at the Harvard-Smithsonian Center for Astrophysics.