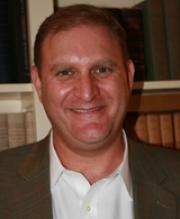 Nathaniel Persily is the Charles Keller Beekman Professor of Law and Political Science and the Director of the Center for Law and Politics at Columbia Law School. Professor Persily’s scholarship focuses on American election law or what is sometimes called the “law of democracy,” which addresses issues such as voting rights, political parties, campaign finance, and redistricting. Professor Persily also created DrawCongress.org, a website that serves as a repository for nonpartisan congressional redistricting plans for all 50 states. The website – the first ever to present a nonpartisan redistricting plan for the entire U.S. House of Representatives – contains maps drawn by students in his course, “Redistricting and Gerrymandering.” He has also served as a court appointed expert on legislative redistricting in several states and published numerous articles on voting rights issues. His coedited book, Public Opinion and Constitutional Controversy (Oxford Press, 2008), examines the effects of court decisions on American public opinion. In addition, along with Stephen Ansolabehere, he designed the “Constitutional Attitudes Survey,” a national public opinion survey executed in both 2009 and 2010. The survey (available at www.persily.com) includes an array of questions concerning attitudes toward the Supreme Court, constitutional interpretation, and specific constitutional controversies. Professor Persily earned his J.D. from Stanford and received his Ph.D. in political science from U.C. Berkeley. Before joining the Columbia Law faculty he taught at the University of Pennsylvania Law School. At LAPA he will work on a book about the congressional redistricting process.