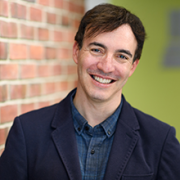 Paul Frymer is a Professor of Politics and Director of the Program in Law and Public Affairs at Princeton University. His research and teaching interests are broadly in American politics and public policy, engaging specifically in questions of law, civil rights and race, labor and employment, parties and social movements, and historical-institutional development.

He is the author of numerous articles and three books: Uneasy Alliances: Race and Party Competition in America (Princeton University Press, 1999, second edition 2010); Black and Blue: African Americans, the Labor Movement, and the Decline of the Democratic Party (Princeton University Press, 2008); and Building an American Empire: The Era of Territorial and Political Expansion (Princeton University Press, 2017). Black and Blue received the best book award from the American Political Science Association's Race, Ethnicity, and Politics Section, and an article from the book project received the Mary Parker Follett Award for best article in Politics and History, the McGraw Hill Prize for best article in Law and Courts from the American Political Science Association, and the Best Article award from the Law and Society Association. Building an American Empire received the J. David Greenstone Award for the best book in Politics and History and the best book in Political Sociology from the American Sociological Association. He is also the recipient of multiple teaching awards, including the Stanley Kelley, Jr. Teaching Award from the Princeton Politics Department. He has a B.A. and J.D. from U.C. Berkeley and a Ph.D. in political science from Yale University.