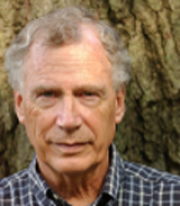 Andrew W. Mellon Foundation Scholar
Lecturer with the rank of Professor in Comparative Literature and the University Center for Human Values.

Peter Brooks recently joined the Princeton faculty after many decades of teaching at Yale, where he was Sterling Professor of Comparative Literature. He has published on narrative and narrative theory, on the 19th and 20th century novel, mainly French and English, and, more recently, on the interrelations of law and literature. He is the author of several books, including Henry James Goes to Paris (2007), Realist Vision (2005), Troubling Confessions: Speaking Guilt in Law and Literature (2000), Psychoanalysis and Storytelling (1994), Body Work (1993), Reading for the Plot (Knopf, 1984), The Melodramatic Imagination (1976) and The Novel of Worldliness (1969). He co-edited, with Paul Gewirtz, Law’s Stories (1996) and, with Alex Woloch, Whose Freud? (2000). He is a member of the Editorial Advisory Board for Comparative Literature and Yale Journal of Law & Humanities. His essays and reviews have appeared in The New York Times, The New Republic, Times Literary Supplement, The Nation, London Review of Books, Critical Inquiry, New Literary History, Yale Law Journal, and elsewhere. He is currently at work on a project called “The Enigma of Identity.” Brooks has served as a visiting professor at Harvard University, the University of Texas, Austin, the University of Copenhagen, the University of Bologna, and the Georgetown University Law Center, and as Visiting Lecturer at Yale Law School. He was a visiting scholar at Stanford Law School in 1994. During the 2001-2002 academic year, he was Eastman Professor at Oxford University, and Fellow of Balliol College. He was University Professor at the University of Virginia from 2003 to 2006, teaching in the English Department and the Law School. At Princeton, he teaches in Comparative Literature and the University Center for Human Values.