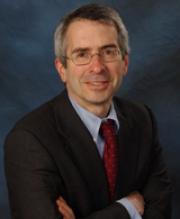 While at LAPA
Richard Briffault is Joseph P. Chamberlain Professor of Legislation at Columbia Law School. His primary areas of teaching, research and writing are state and local government law and the law of the political process. He received his B.A. from Columbia University, and his J.D. from Harvard Law School. He is the co-author of a casebook, State and Local Government Law; author of Balancing Acts: The Reality Behind State Balanced Budget Requirements; and author of Dollars and Democracy: A Blueprint for Campaign Finance Reform, the report of the Commission on Campaign Finance Reform of the Association of the Bar of the City of New York. He is also the author of numerous law review articles on local government law, state-local relations, campaign finance reform, and voting rights. While at Princeton, he will work on a book on campaign finance regulation.

I continue to focus on state and local government, and law and politics issues. That book on campaign finance regulation is finally in the writing stage.

“The Most Popular Tool: Tax Increment Financing and the Political