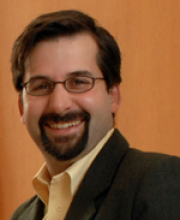 While at LAPA
Robert B. Ahdieh is a Professor of Law and Director of the Center on Federalism and Intersystemic Governance, at Emory Law School. He is the Microsoft-LAPA Fellow for the 2007-2008 academic year.

A graduate of Princeton University's Woodrow Wilson School of Public and International Affairs and Yale Law School, Professor Ahdieh served as law clerk to Judge James R. Browning of the U.S. Court of Appeals for the Ninth Circuit, before his selection for the Honor's Program in the Civil Division of the U.S. Department of Justice.

While still in law school, Professor Ahdieh published what remains one of the seminal treatments of the constitutional transformation of post-Soviet Russia: Russia's Constitutional Revolution - Legal Consciousness and the Transition to Democracy. Ahdieh's work has also appeared in the Michigan Law Review, the NYU Law Review, the Southern California Law Review, and the Emory Law Journal, among other journals.

Professor Ahdieh's scholarly interests revolve around questions of regulatory design. His particular emphasis has been various non-traditional modes of regulation, including especially those grounded in dynamics of coordination. Paradigms of coordination, though relatively less attended to in the legal literature, hold significant promise both in helping to theorize existing regulatory patterns and in fostering new regulatory constructs.

He has explored these issues in a variety of transactional areas, including corporate and securities law, international trade and finance, and contracts. Within these, Professor Ahdieh’s work has emphasized two particular patterns of coordination: The first – intersystemic governance – draws on domestic regimes of federalism and transnational regimes of global governance and subsidiarity, to highlight patterns of jurisdictional overlap that, in their very complexity, may offer significant normative utility. The second – patterns falling under a rubric of ‘The New Regulation’ – draws more directly on coordination game dynamics, to highlight various non-traditional regulatory forms, as well distinct occasions for potential regulatory intervention.

While at Princeton, he will work on a pair of books, entitled The New Regulation and Governing Standards.