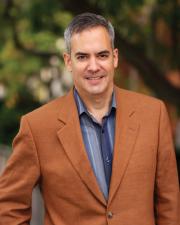 Laurance S. Rockefeller Professor of Politics and the University Center for Human Values

Stephen Macedo writes and teaches on political theory, ethics, public policy, and law, especially on topics related to liberalism, democracy and citizenship, diversity and civic education, religion and politics, and the family and sexuality. His current research concerns immigration and social justice, constitutional democracy in the US, and democracy and international institutions. From 2001-2009, he was Director of the University Center for Human Values. As founding director of Princeton’s Program in Law and Public Affairs (1999-2001), he chaired the Princeton Project on Universal Jurisdiction, helped formulate the Princeton Principles on Universal Jurisdiction, and edited Universal Jurisdiction: International Courts and the Prosecution of Serious Crimes Under International Law ( U. of Pennsylvania, 2004). As vice president of the American Political Science Association he was first chair of its standing committee on Civic Education and Engagement and principal co-author of Democracy at Risk: How Political Choices Undermine Citizen Participation, and What We Can Do About It (Brookings, 2005). His other books include Diversity and Distrust: Civic Education in a Multicultural Democracy (Harvard U. Press, 2000); and Liberal Virtues: Citizenship, Virtue, and Community in Liberal Constitutionalism (Oxford U. Press, 1990). He is co-author and co-editor of American Constitutional Interpretation, with W. F. Murphy, J. E. Fleming, and S. A. Barber (Foundation Press, fourth edition 2008).